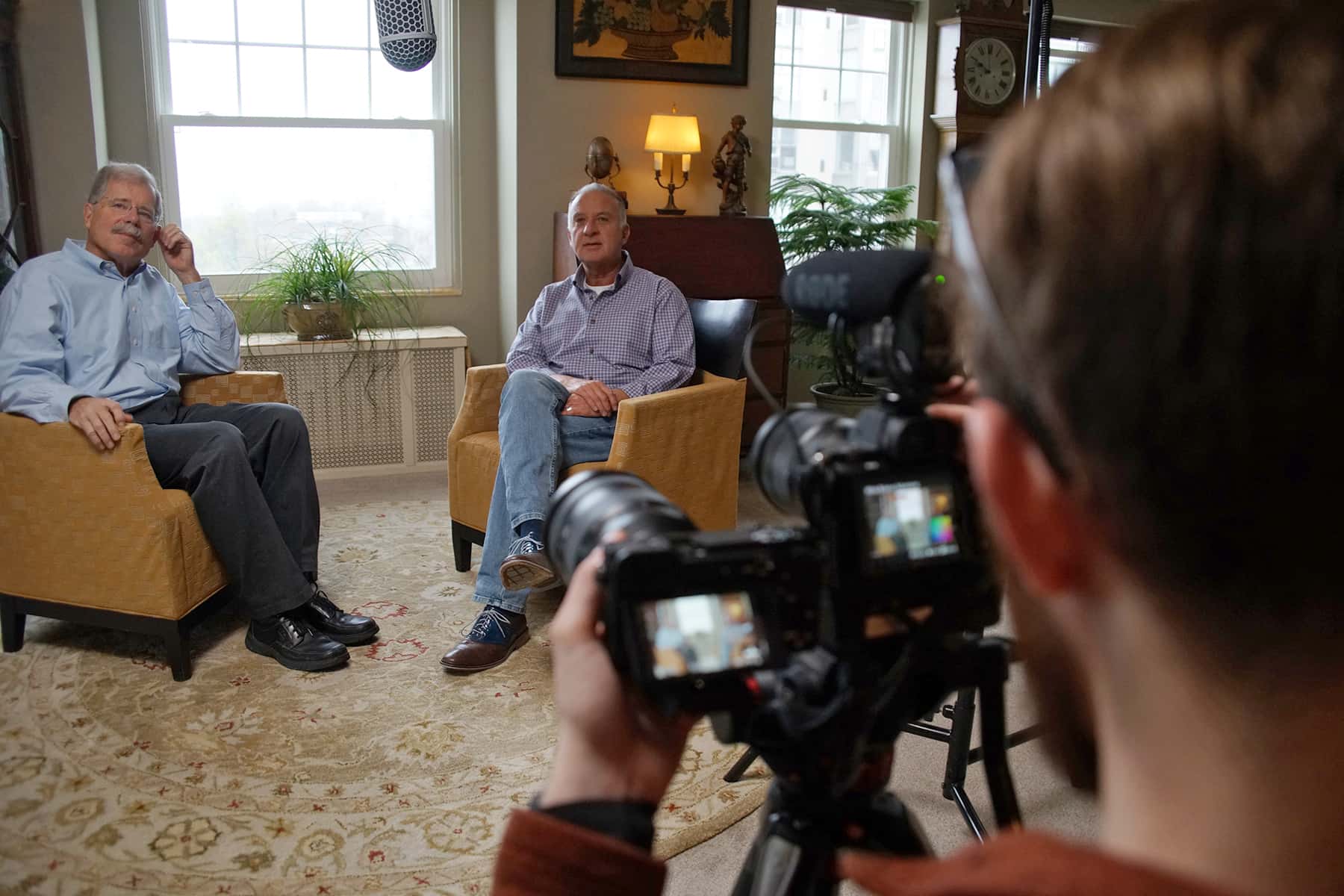 As host of the Emmy-award winning Milwaukee PBS series “Around the Corner with John McGivern,” John McGivern has a great deal of insight into the local area. As an unofficial ambassador for promoting Milwaukee, he has supported many community projects that uplift the city and its residents. So with a direct line of sight to the Hoan Bridge from where he lives downtown, it was natural that he would want to help the initiative working to light the expansive landmark.

Along with show companion and legendary historian John Gurda, McGivern filmed a promotion video in his downtown home to talk about the importance of the ambitious project. In a format that PBS viewers are familiar with, instead of a half hour “Around the Corner” episode, McGivern and Gurda provided a scaled down version of ten minutes, referred to as “Around the Living Room with John McGivern.”

In the video, Gurda shared the historic background of the Hoan Bridge, and the importance of the Light the Hoan project. And along with McGivern, the two talked about how lighting the structure would not only help activate the spaces around it, but elevate the city’s image at a time when TV cameras from around the world will be filming every inch of the skyline for the 2020 Democratic National Convention.

“It’s a rather unfortunate truth, but modern cities have to work pretty hard not to be ugly. There are certainly some exceptions, those fortunate enough to have beautiful surroundings that offset the trappings of the typical urban landscape. But most cities are without a dramatic backdrop, and if civic leaders don’t concern themselves with their town’s appearance, the way it looks both to people who are passing through and to those who call it home, it will not be an attractive place to live. Aesthetics don’t just happen by chance. Ubiquitous fast food outlets, superhighways that starkly divide cities in half, buildings that have fallen into disrepair, all are the tiresome hallmarks of our contemporary landscape.” – David A. Smith, senior lecturer at Baylor University

As an illuminated welcome mat to the city by land and Lake, the Hoan Bridge is positioned as a visually vital location to promote Milwaukee and become a major tourist attraction in its own right.

The crowdfunding goal is $1.5 million, with an overall project cost estimated between $4 to $5.5 million. The amount of funds raised will determine which design proposal will be selected from global lighting companies. As of February 2019, the effort had raised more than $300,000 from 1,500 dedications.

The public and private fundraising campaigns go to support the installation of computer-controlled LED lights to illuminate the Hoan Bridge. A portion of the funds will also be put into a reserve account to provide for regular bridge maintenance up to 10 years. Thousands of bulbs will cover the former “bridge to nowhere,” with each glow representing a positive Milwaukee story, because everyone who claims a light with a donation also makes a personal dedication.

Municipalities across the country have used similar bridge lighting initiatives to revitalize waterfronts, and to create new centers for community-building activities and engagement.

The Milwaukee Independent originally introduced McGivern to the Hoan project leaders, and was behind-the-scenes during the video production. The official version of the informative video will be released for public viewing soon. This video segment and companion images offer an exclusive look into the creative process of that production. 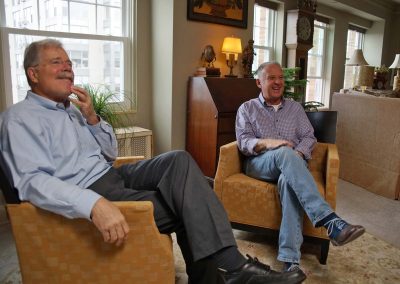 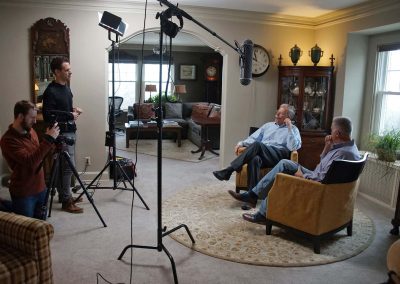 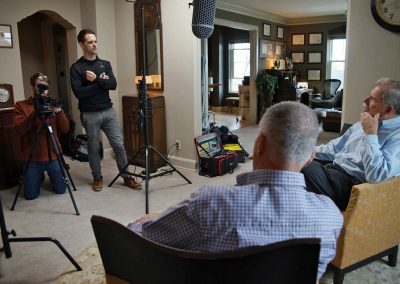 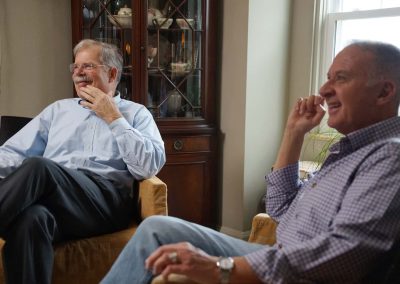 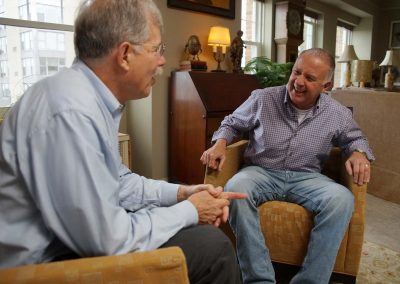 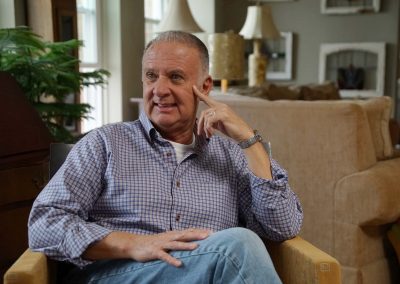 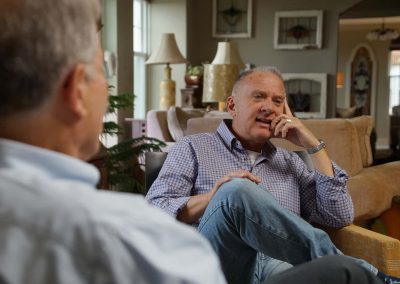 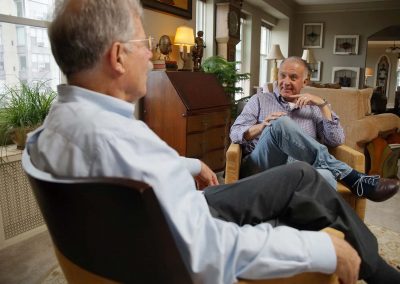 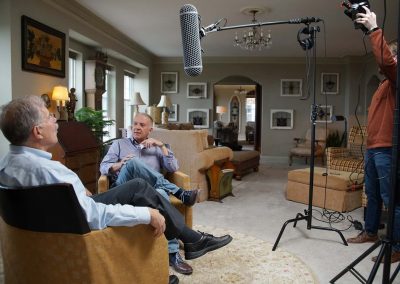 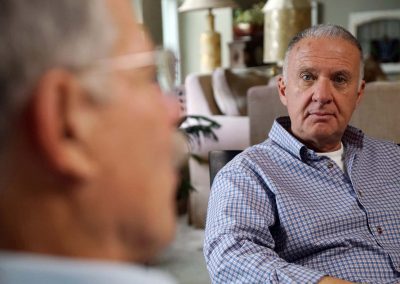 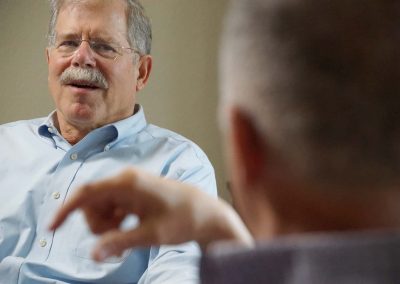 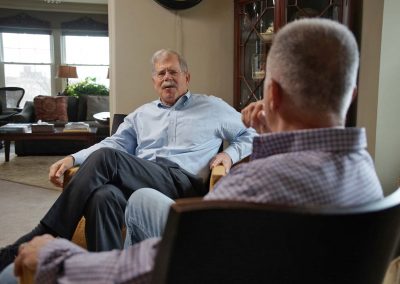 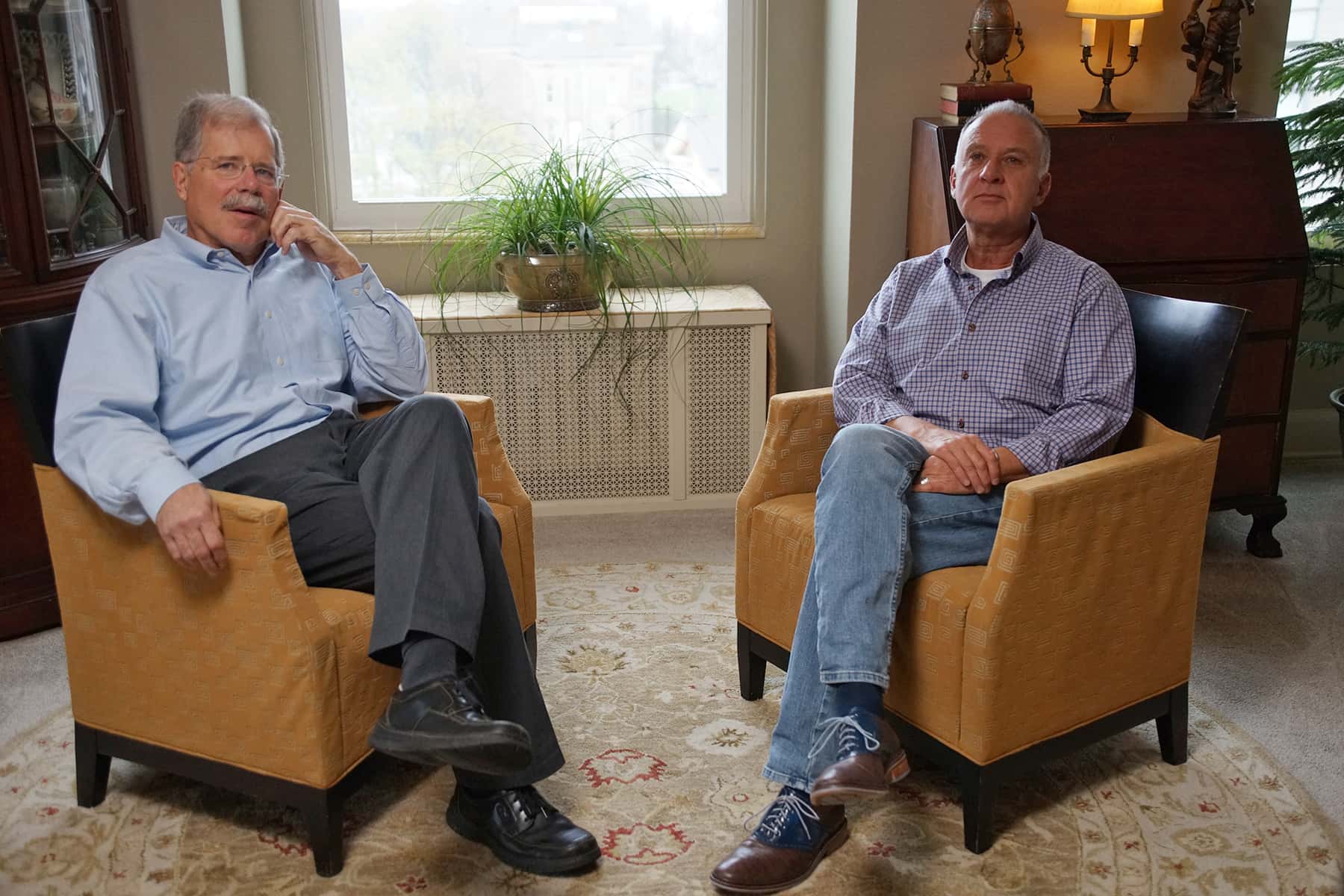 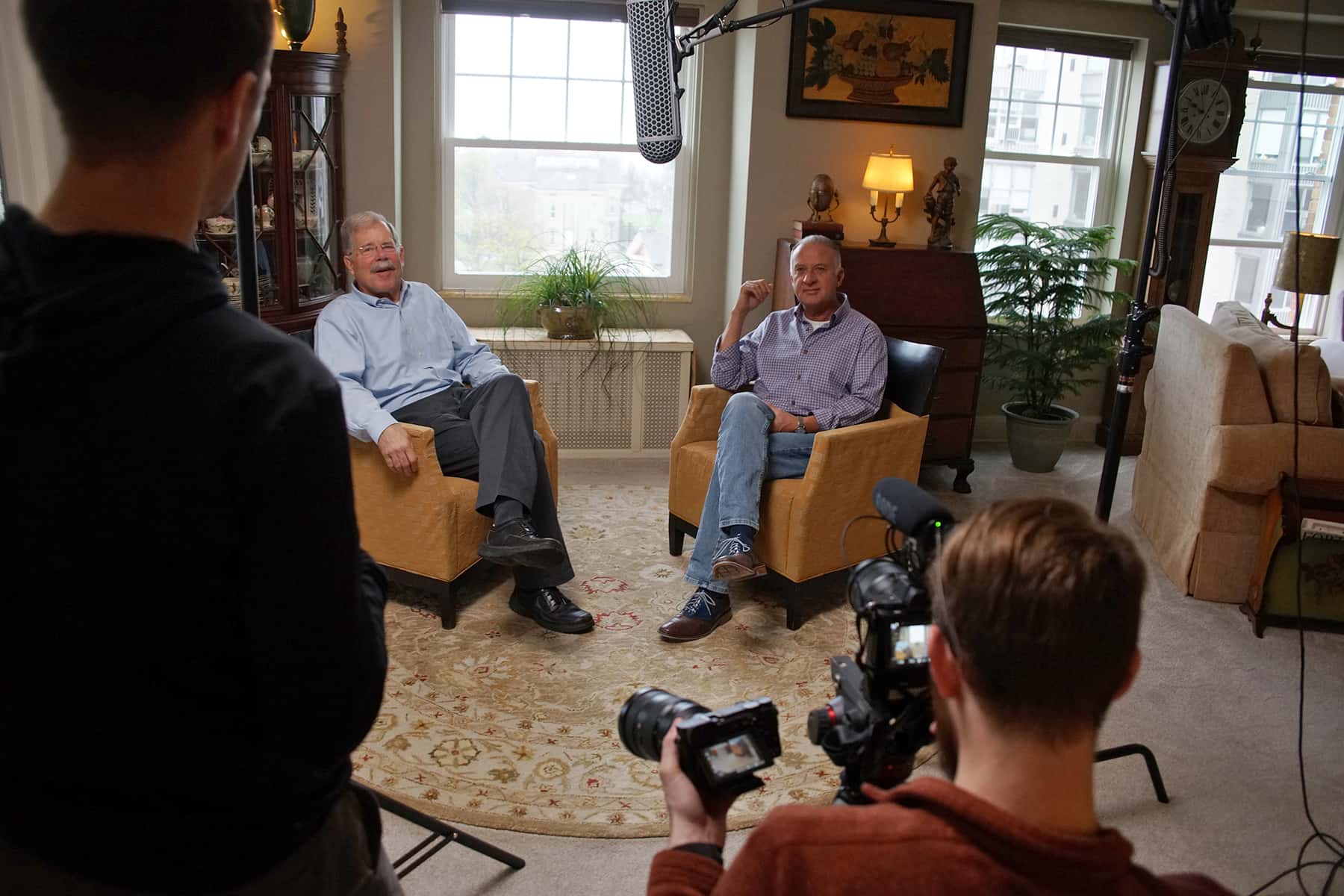 “No place has to be known as the town where aesthetics went to die, but leaders have to make a choice to not have it be so. Public art is a remedy. Otherwise the chances are good that any town can earn that label.” – David A. Smith 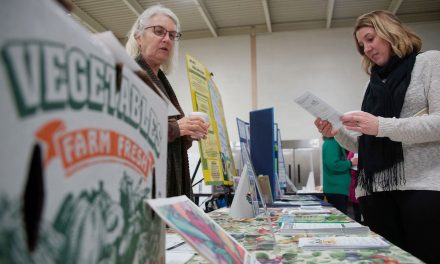 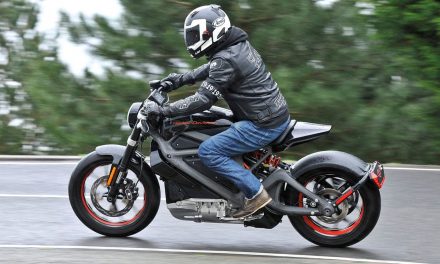 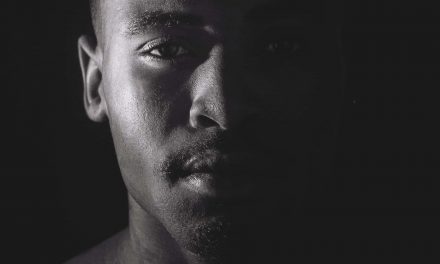 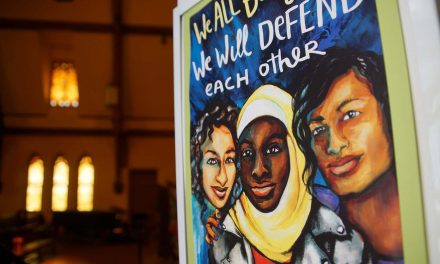