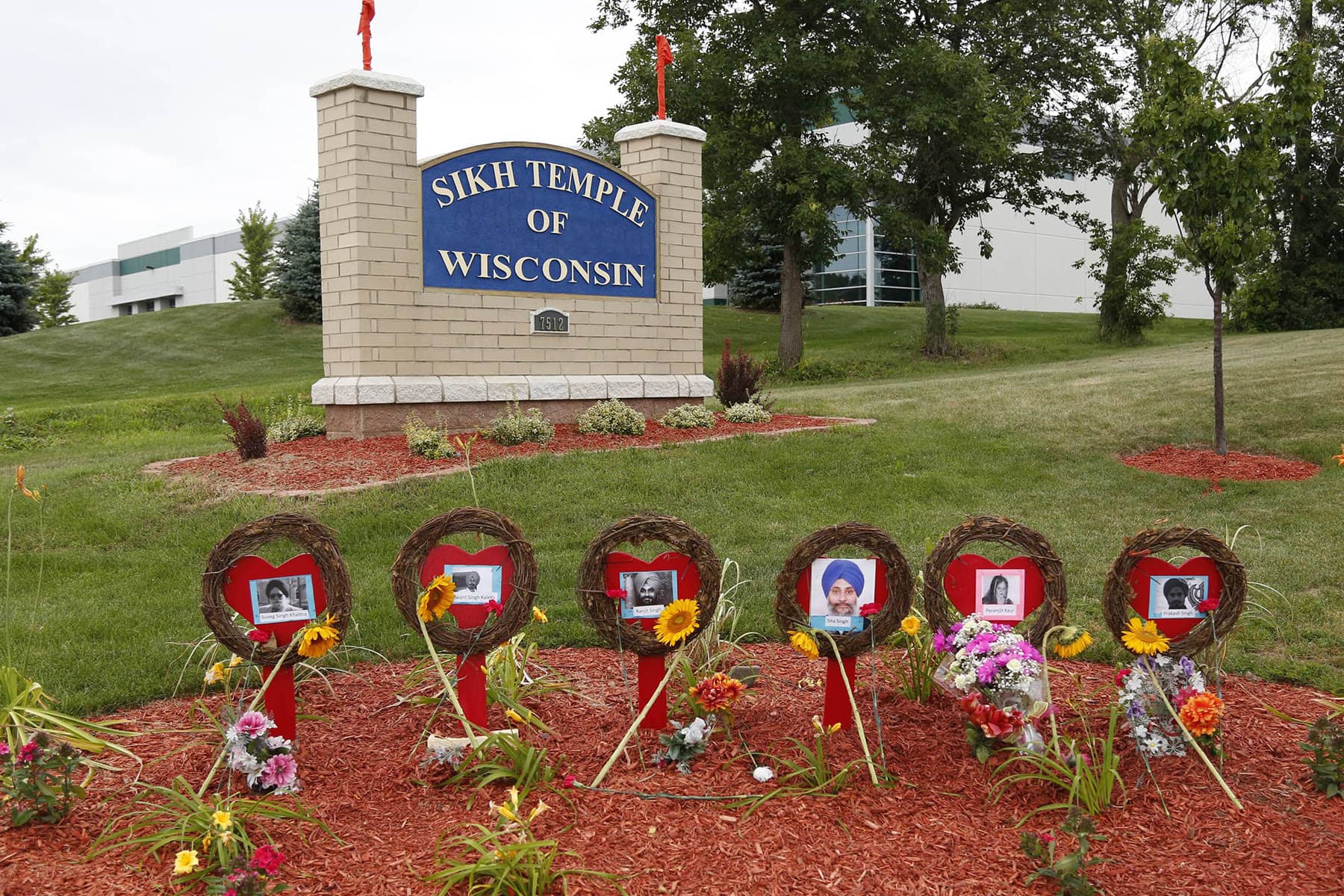 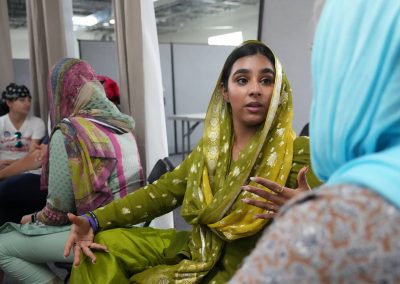 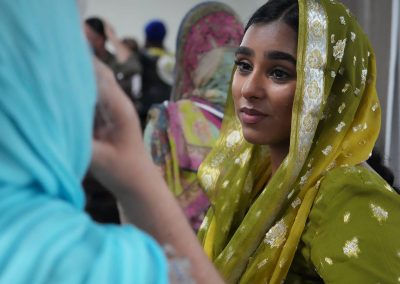 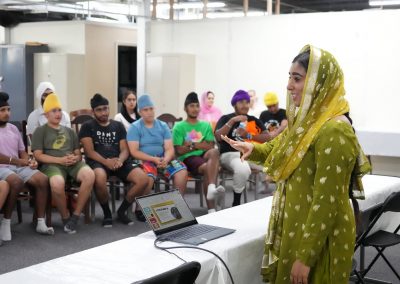 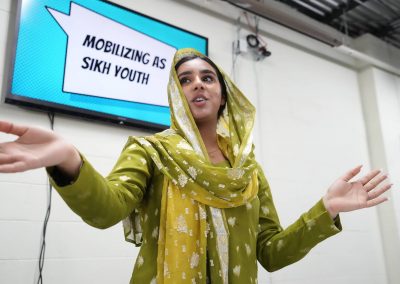 On August 5th, 2012, my life changed. I was 10 then and am 20 now. 10 years ago, I wrote a letter reflecting on the tragedy. Today, I am fighting every day for the sentiment my 10-year-old self articulated: “We need to stop hurting each other and create a world of peace and tolerance.”

On that day, like every other Sunday, my day began at gurdwara. I went to Punjabi school, took a nap in the car, and was treated to my favorite Red Robin’s chocolate milkshake for the car ride home. While driving, my parents were quiet – disorientingly so.

When we got there, they walked into the house with a seriousness that confused me, holding each other’s hands and mine with resolute strength. Immediately, they took me into their room and put me on their laps. I looked up to see my mom’s watery eyes and my dad’s expression of solemn sadness. They looked fearful in a way I had never seen.

Confused as I was, I sat with my parents and watched the news – staring at the faces of men and women who looked like the aunties and uncles I saw every weekend at gurdwara. Their faces were stroked with storied creases and knowing smiles.

Trying to light up the already tense energy in the room, I exclaimed to my parents “Look at the Sikhs on TV! I’ve never seen anyone who looks like us on TV.” They exchanged looks of defeated sadness, about to begin an explanation, when the image floating on the screen changed.

These aunties and uncles disappeared, in their place was a bald man with a skinny brown mustache – his eyes were staring into mine. I glanced down towards the headline that read “Sikhs Killed in Temple Shooting.”

I was overwhelmed with emotion, trying to grapple with the gravity of what had just happened. Suddenly, I no longer felt safe in the place that I thought was the safest in the world.

People from different walks of life, who prayed to different Gods, and who held vastly different identities, all came together to stand in solidarity. That same empathy existed this past weekend, when communities from all across the country gathered together to commemorate the lives lost and share in the continuing healing process.

As the letter I wrote got published in the Huffington Post, I was invited to the Hill to sit in on a hearing about hate crimes. I sat there in awe of this hallowed seat of power but I noticed that none of the committee members staring back at me looked like me or our community. I yearned for that representation and realized that I would seek to be that one day.

I also came to understand that building collective power is something that takes every one of us. At that moment, I knew my life would be one dedicated to pushing forward the ideals of equity, justice, and empathy at every level of society. From empowering young women of color to take on leadership roles across the country, to mentoring students in writing policy, and promoting public protests, I began my journey in community organizing as a tribute to Oak Creek.

When I look around, I see the progress we have made. I also see the progress yet to be made. With Asian Americans being beaten in the streets of their neighborhoods, gun violence running rampant, rising levels of xenophobia, and structural racial injustice, it is clear that none of our jobs are anywhere close to being done.

Yet, what grounds me is the Sikh value of Chardi Kala which translates to relentless optimism. Chardi Kala is infused in the oxygen that runs through the Oak Creek community.

My knowledge has grown and my capabilities have been bolstered, but still I want the same thing I did younger self did a decade ago … peace, tolerance, and sometimes, the Red Robin’s chocolate milkshake.

As 10-yer-old Tarina so wisely said, “We are the only people who can change this world.” Let us go forth, relentlessly optimistic, and build the world that currently exists in the most beautiful expanses of our imaginations.

Originally published by HuffPost on August 11, 2012

In the days following the deadly attack on the Sikh Temple a 10 year old Sikh girl from Virginia wrote this moving letter to America.

I am only 10 and don’t know about all the religions but the recent shooting in Wisconsin got me wondering about other religions. I watched the coverage on TV (for once my parents seemed OK with it) and the reporter kept saying that temple seemed to have been mistaken for a Muslim place of worship. Then, I heard another person saying “Sikhs are not Muslims.” I started thinking what if we were? It would still be wrong for Mr. Page to come in the place of God and shoot people.

My parents always told me to respect other religions but to know my religion well. My parents let me take Bible studies in kindergarten and participate in the Christmas play but they also taught me about my temple and things important to Sikhs.

I was not born then but have learned about 9/11. It was horrible when Osama bin Laden attacked the Twin Towers. A lot of Muslims were wrongly thought of. A lot of people think that if one person is bad in a religion, everyone in that religion is bad. I think that statement is not true. No matter what religion, we should never misjudge a person. If someone is a different color or is from somewhere else you should try to get to know them and you might learn something new. You will also make someone feel good and at home if you just talk to them and learn about their background.

I think that Mr. Page hurt Sikhs because he might have mistaken Sikhs as Afghani people. It doesn’t make it any less horrible as Afghani people are great people as well. We need to stop hurting each other and create a world of peace and tolerance. We are the only people who can change this world.

Again, I am only 10 and don’t have all the degrees yet but I think my thoughts are shared by many, definitely by my family. I feel that we need to all be Americans first and stand up for American values. My teachers have taught me that our Constitution believes in liberty for all. I hope we can all respect the Constitution that our founding fathers set forth for us.

Thank you for reading and let us all be united against hatred. 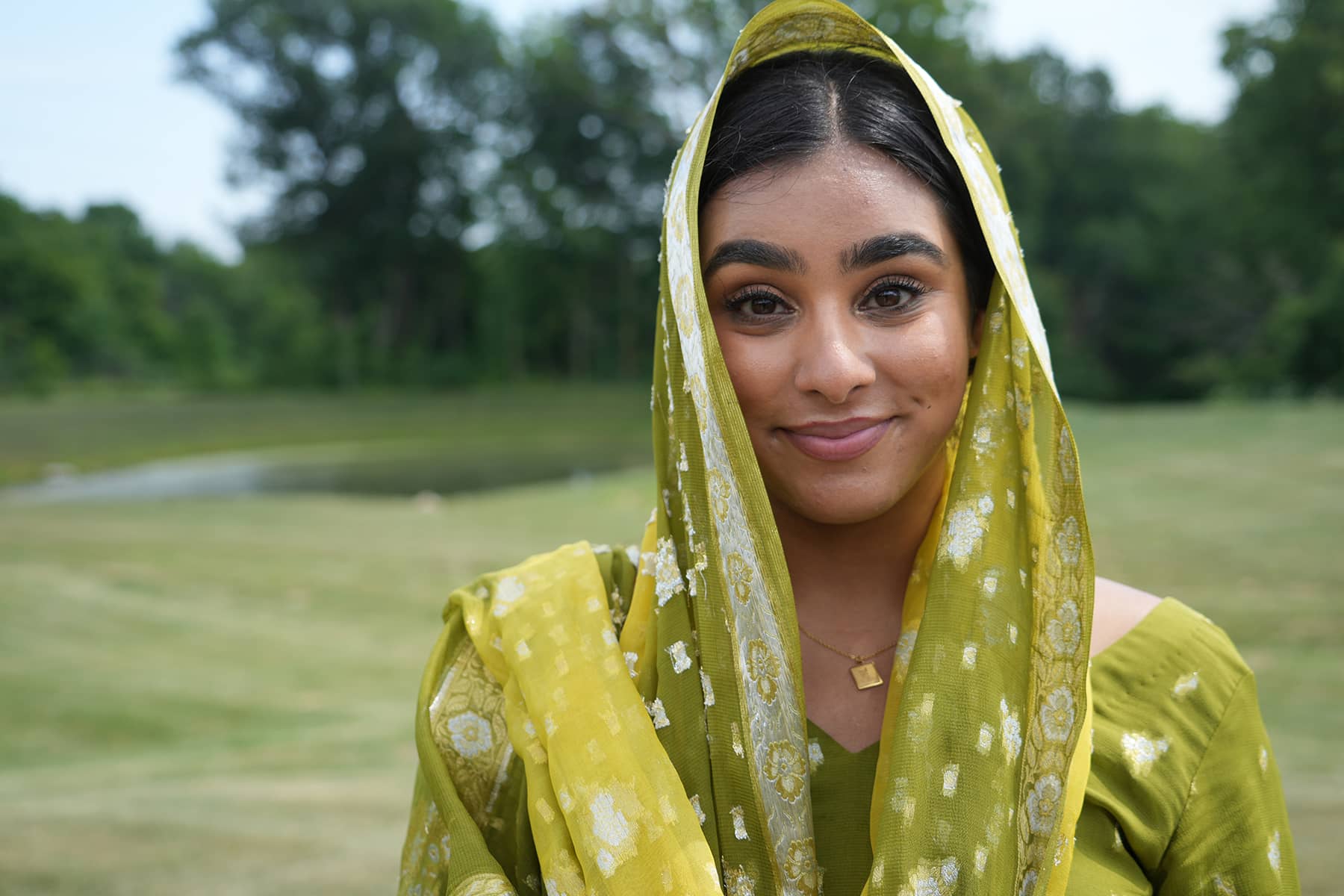 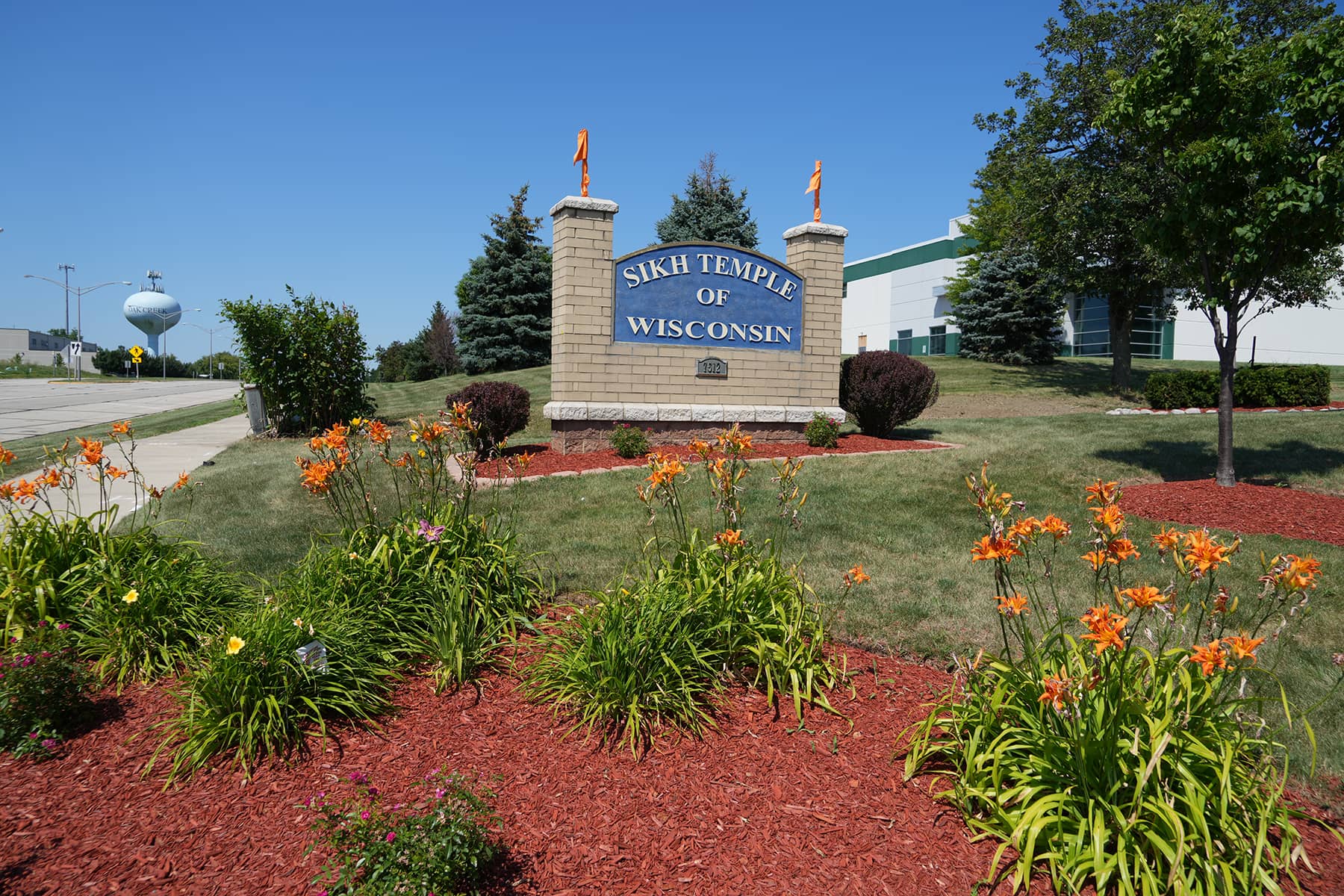 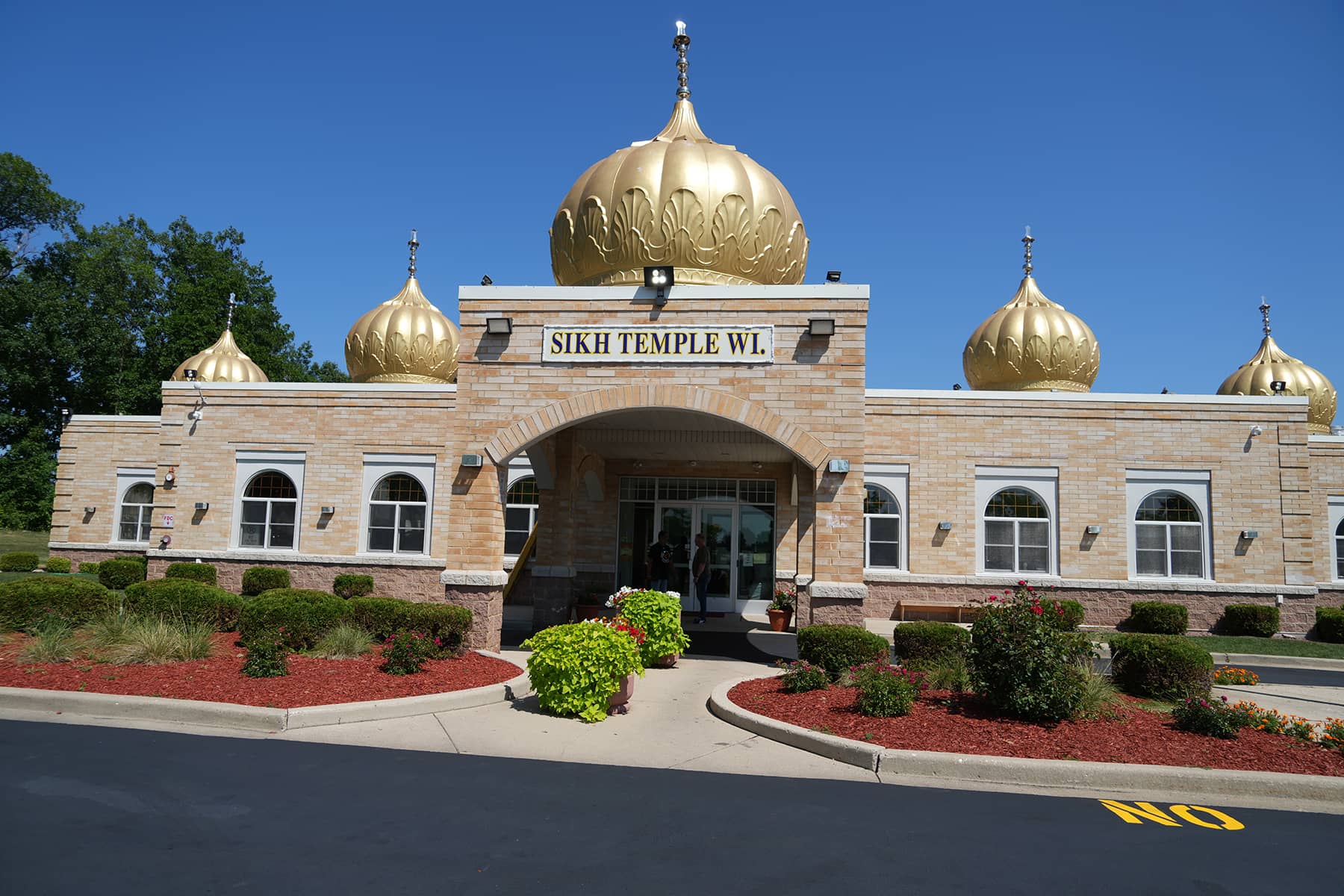 The Sikh Coalition and Lee Matz 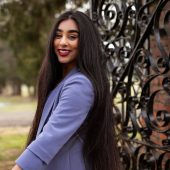 Tarina is a junior at Harvard College dedicated to building just institutions grounded in empathy. She was recognized as one of the top 100 Sikhs in the world under 30, and gave a TEDX talk in February 2022 on Radical Empathy Reimagined. 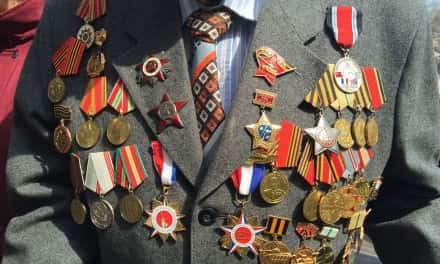 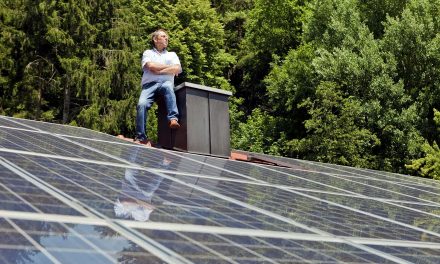 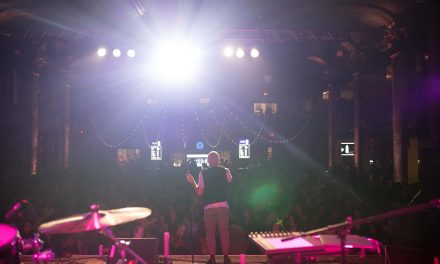 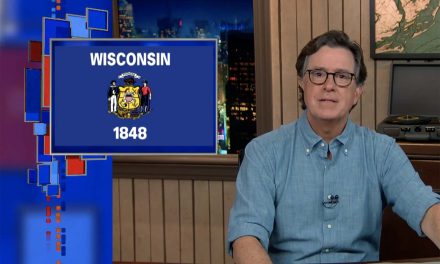