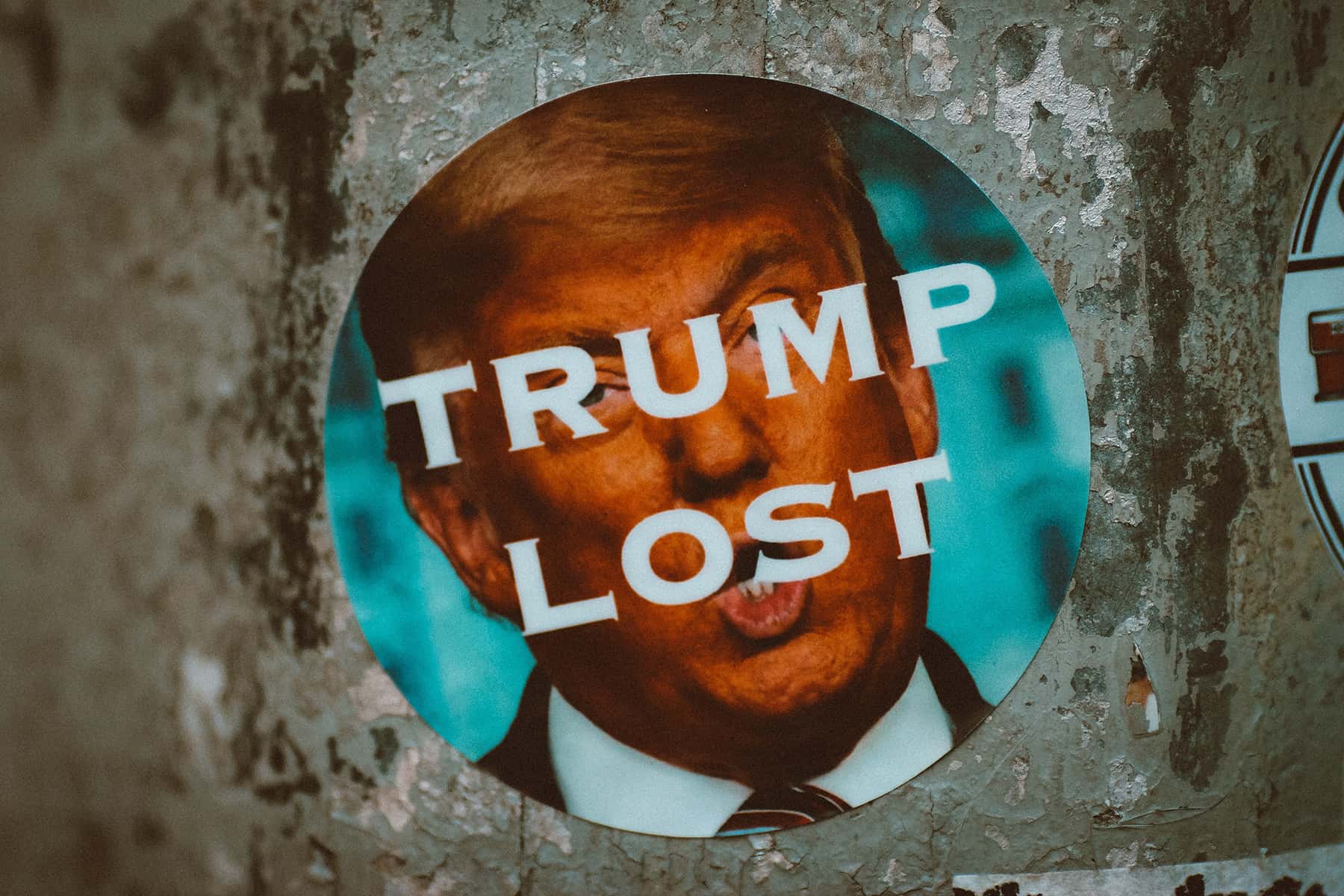 Trump has broken multiple past presidential precedents and established entirely new ones that — unless they are punished and outlawed — provide a template for the next Republican president who wants to turn America into a strongman oligarchy like Hungary or Turkey.

And given the rhetoric coming out of the GOP’s front-runners for 2024, we should be seriously concerned about that as a future near-certainty.

Precedents are critical things, and, when they are established, they quickly become norms unless they are stopped cold:

Instead, every American president except Trump has looked to past presidents for precedents about how to behave in office, and in almost all cases have followed those precedents, sometimes for better and sometimes for worse.

The first and most famous precedent was set by George Washington who, after two terms in office, voluntarily surrendered the office rather than bowing to the then-popular sentiment that he should stay in office until he died.

Every president thereafter followed that precedent and voluntarily left office after two terms, until Franklin D. Roosevelt was dealing with the twin crises of the Republican Great Depression and World War II and chose to ignore President Washington’s precedent.

When FDR ran for that third term in 1940, Republicans howled about how he had “broken precedent;” it was a scandal and an outrage, they said, totally “un-American,” but he defied precedent and got elected anyway.

When FDR ran for a fourth term in 1944, the GOP acted like they thought the republic was going to end. I still remember my Republican father solemnly telling me, when I was a kid in the 1950s, how FDR had “tried to establish a one-man dictatorship in America.” It was an article of faith in the GOP, and still is in many circles.

Thus, when Republicans took control of Congress in the election of 1946, the 1947 Congress put forward the 22nd Amendment to prevent any future president from breaking the “George Washington Precedent.” It became law after 3/4ths of the states ratified it in 1951.

Lying America into a war was a precedent that, as Abraham Lincoln angrily pointed out, was established by President Polk with the War against Mexico in 1846. President McKinley continued the tradition by lying us into the Spanish-American war in 1898 with a little help from William Randolph Hearst.

President Lyndon Johnson lied us into a war in Vietnam, and Richard Nixon followed the precedent by lying about his “secret plan” to end the war in Vietnam.

George W. Bush and Dick Cheney doubled down, feeling safe they could get away with it now that the precedent was so well established, by lying us into a war in Iraq.

On the other hand, when Bill Clinton tried to establish the precedent of a president lying to a grand jury and getting away with it, both the criminal and political systems of this country called him to account. He had his law license suspended for five years, paid a $25,000 fine, and was impeached.

That precedent has not stood, which may come to haunt Trump.

Precedent is, to use a Bidenism, a BFD. Once a president breaks precedent, he has establishing an entirely new standard for presidential behavior, and the country can either accept that as the “new normal” or, like Republicans did in 1998 and 1947, push back and punish the president or cement the earlier precedent into law.

No president has ever done such things, at least not out in the open. And when past presidents have broken precedent in secret, there have been serious and destructive consequences for our democracy.

For example, Nixon cut what LBJ and Senator Everett Dirksen called a “treasonous” deal with the South Vietnamese to blow up the 1968 peace agreement LBJ had worked out, because Nixon that year was running against LBJ’s vice president, Hubert Humphrey, and the peace deal was going to be the cornerstone of Humphrey’s campaign.

America did not learn about Nixon’s treason until the LBJ library released their tapes of Johnson, Dirksen and Nixon’s phone discussions in 2008, but apparently the Reagan campaign knew of it.

In 1980, according to the then-president of Iran, Reagan’s campaign pulled the same trick, promising the Iranians military spare parts and missiles if they would just ignore President Carter’s efforts to negotiate a hostage return until after the election. The Iranians took the military hardware and released the hostages on January 20, 1981 as Reagan was putting his hand on the bible to be sworn in as president…to the minute.

Trump continued that precedent of Republican presidents coordinating with foreign governments to win elections when he publicly invited Russia to hack the DNC’s and Hillary Clinton’s servers.

Precedent is a big friggin’ deal. It matters. Unless punished or made illegal, criminal precedent in the White House reshapes American politics and the nature of our country itself.

Imagine if Nixon’s crime had been revealed and he had been outed as a traitor before 1980; Reagan’s campaign manager (and CIA Director) Bill Casey would almost certainly not have even considered the Iran/Contra deal. Carter would have recovered the hostages, guaranteeing his own re-election.

At the very least, America would not have turned hard right, we would still have millions of union jobs and 60,000 now-gone-to-China/Mexico factories, taxes on billionaires would have stayed at 74 percent, and neither Scalia nor O’Connor would have been on the Supreme Court to hand the 2000 election to George W. Bush even though he lost by over a half-million votes and Florida was far from certain.

There is a strong urge among Democrats in Washington to avoid open conflict with Republicans, a dangerous tendency that has apparently also infected the Department of Justice.

Perhaps it was because we watched for four years as Trump got away with not only breaking the law but cutting a break to his co-conspirators and cronies (unless they cooperated with authorities).

After all, they all now know how far they can go before they will suffer any blowback or consequences. Trump’s precedents have been established and, unless challenged, are an irrevocable part of the history and the foundation of our political future.

Just look at the numbers to see how having two bribe-taking criminals in the White House (Nixon/Agnew) established an entirely new standard for Republican presidential behavior before Trump even came to office:

If you are noticing a trend toward presidential criminality in one of our two political parties, that is the point.

Since the Nixon precedents were set, criminality and a flagrant disregard for democratic norms have run like an underground river through the GOP, and have now flowed from federal to state Republican politicians as well.

As you are reading these words, Republicans are preparing to openly steal elections in more than a dozen states and fifty corrupt Republicans in the US Senate just helped them in their effort.

We are learning, through the efforts of the January 6th Committee, that a small handful of people, perhaps a few dozen, succeeded in stopping Donald Trump from ending democracy in America.

The next Republican president bent on becoming America’s first strongman autocrat will have learned from this, and bring along with him or her enough willing toadies to get the job done this time.

We must stop this madness before it goes any farther. The Department of Justice and Congress must act.

© Thom Hartmann, used with permission. Originally published on The Hartmann Report as How Will America Deal with the Next GOP Wannabee Dictator? 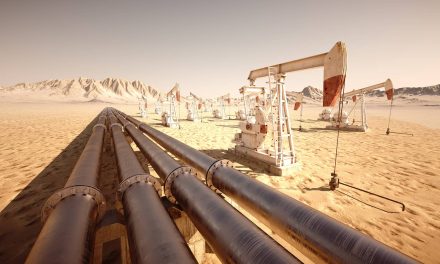 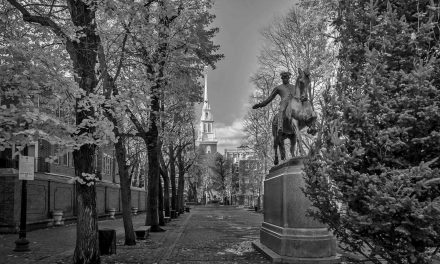 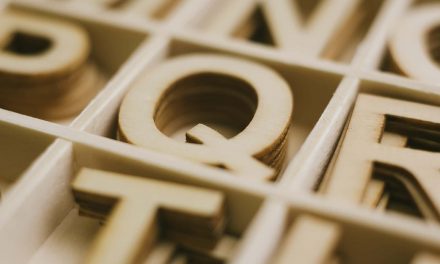 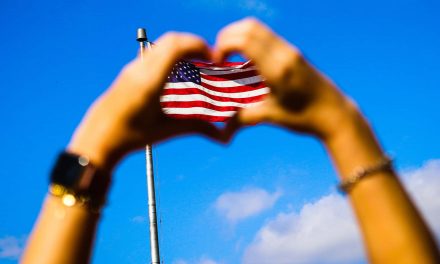