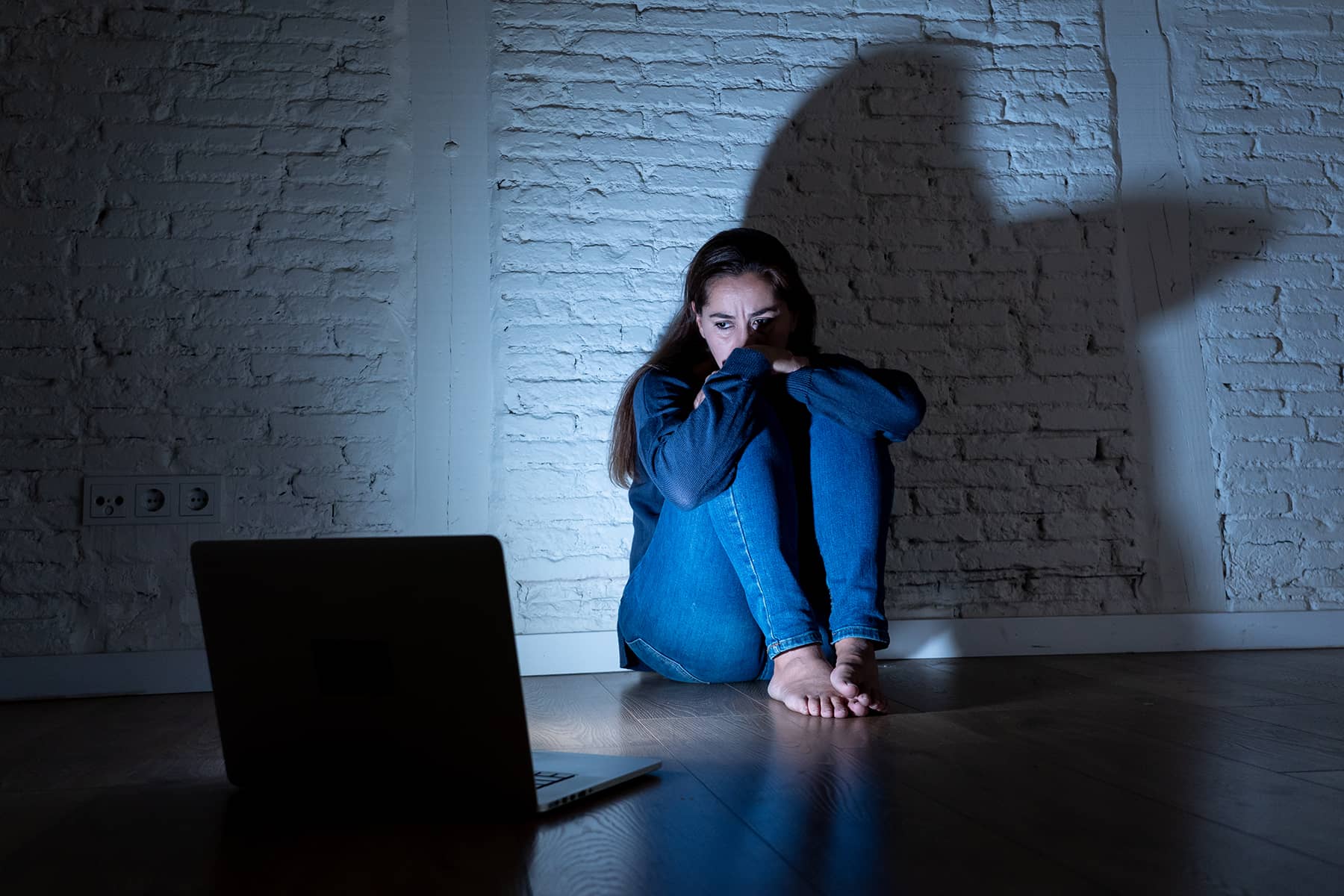 When the Dobbs decision came down from six Republicans on the Supreme Court, many folks were wondering how long it would take before vigilantes and GOP-controlled states might start tracking women seeking abortion services.

After all, pregnant women in Republican-controlled states didn’t just lose the right to an abortion with that decision. They can now legally be the victims of any man — be he a nosy neighbor, bounty hunter, or police authority —who wants to harass or control them. And there is no shortage of such men.

We are there. It is now. Between corporate data brokers and religiously affiliated Crisis Pregnancy Centers, women are under surveillance in ways never before seen. And soon we will be seeing that surveillance turned into actual prosecutorial action.

In states like Greg Abbott’s Texas, bounty hunters are now looking for ways to identify women getting abortions and friends helping them, visions of $10,000 dancing like sugar plums in their heads – and those bounties will go up to $100,000 with the most recent legislation Texas Republicans have proposed.

In states where getting, facilitating, or performing an abortion is now or about to become a crime, prosecutors looking to make a name for themselves — from those with statewide portfolios like Attorneys General to local police and DAs — dream of being the heroes of political ads in the next election cycle showcasing their high-profile arrests.

Both need data to track down women seeking abortions, and, it turns out, multiple organizations are already both acquiring, aggregating, and offering that data for sale to bounty hunters, police, and, in some cases, any person willing to pay.

The biggest players in this space of tracking pregnant women have, for years, been the so-called Crisis Pregnancy Centers (CPCs). These organizations draw in women by advertising and marketing themselves in a way that causes people to assume they are offering abortions or referral to places or physicians offering abortions. Privacy International calls these “honeypot sites.”

“Once they have lured pregnant people into the facility, they peddle misinformation, use scare tactics, and shame people to discourage abortion at all costs. They stoke fear by framing abortion as dangerous and amplify false claims that are not based in science.”

The American Medical Association’s Journal of Ethics has an OpEd arguing:

When women phone these places in response to advertising or directory listings, many convince them to come in for a “personal consultation” using language that suggests they are, in fact, offering or referring abortion services. When the woman arrives, the Centers typically look like doctors’ offices, right down to gynecological posters on the walls, ultrasound information, and medical journals in the waiting rooms.

This is entirely legal.

Five Republicans on the Supreme Court ruled in 2018 that Crisis Pregnancy Centers are not required to provide women with truthful or complete information about how to end their pregnancies. The case, National Institute of Family and Life Advocates v. Becerra, struck down a California law that required CPCs in that state to inform women about the full range of options available to them.

Since then, horror stories abound across the Internet of women trapped into CPCs. And, while CPCs don’t have to tell women the truth about pregnancy and options for ending it, they sure can gather women’s information and use it pretty much anyway they want.

Up until recently, the vast majority of CPCs’ use of the data has been to harass women into continuing their pregnancies, lie to them about how far along they are in their pregnancies, and constantly call or visit them to preach Christianity at them.

Now that the laws have changed with the Dobbs decision, however, many are concerned that CPCs will begin working alongside bounty hunters and police agencies nationwide. They are certainly gathering all the data they would need to play that role, and doing it largely without oversight or regulation from the states.

Before a woman can see a “counselor” at a CPC, she typically has to fill out a lengthy and detailed “medical history” that not only gathers medical background information but also collects a lot of personal information.

According to a 2020 report from Privacy International, the data CPCs collect and aggregate nationwide includes:

Women assume this information is confidential under HIPAA, but because most CPCs are not offering any licensed medical services whatsoever they have no HIPAA obligations (they’re typically incorporated as churches or social welfare nonprofits, in fact, so the local community is subsidizing them by paying for their taxes and city services).

Therefore, most CPCs don’t have to comply with federal or state medical privacy laws because they’re not actual medical centers.

To lure women in for “counseling,” most offer “pregnancy tests” that you can purchase over-the-counter in your local pharmacy, and about half offer “non-diagnostic” (IOW, “non-medical” or “entertainment purposes only”) ultrasounds, enhancing their appearance as medical centers without triggering state or federal regulation.

The information they collect can not only legally inform their own network (including local priests or lay “counselors” who typically start calling women regularly after they’ve been drawn in) but could legally be sold on the open market, as well. In multiple states, CPCs receive millions in state funds.

The Alliance, a national group working to protect women’s rights — including a women’s right to abortion — just released a chilling report titled Designed to Deceive on the status of CPCs. Here are a few of their findings:

The GOP has thrown in with the CPCs in a big way.

Republican Attorneys General around the US — including Texas’ Ken Paxton, Virginia’s Attorney General Jason Miyares and Kentucky’s Daniel Cameron — are demanding that when women search online for pregnancy information they be immediately directed to the websites of local CPCs.

“We …hope you will decide that Google’s search results must not be subject to left-wing political pressure, which would actively harm women seeking essential assistance,” they and other attorneys general demanded of Google’s Chief Executive Sundar Pichai last month.

“If you do not,” they threatened, “we must avail ourselves of all lawful and appropriate means of protecting the rights of our constituents, of upholding viewpoint diversity, free expression, and the freedom of religion for all Americans.”

Over in the House, Republicans have introduced legislation that would allow CPCs to sue and recover a minimum of $20,000 from anybody who “attacks” them. If Republicans recover power in America, it’s not too bizarre to think that an article like this might be in the cross-hairs of future GOP legislation.

CPCs and their networks are only part of the problem, though. Some of the nation’s largest for-profit data aggregators, as I lay out in The Hidden History of Big Brother, have already jumped into the business of tracking pregnant women and selling that information.

Vice News reported, for example, that:

“The Federal Trade Commission (FTC) has sued Kochava, a large location data provider, for allegedly selling data that the FTC says can track people at reproductive health clinics and places of worship, according to an announcement from the agency.”

Dozens of other data providers have the ability to sell information that can track a specific woman from a specific abortion provider to her home. And the market is growing by the day.

Both state and federal legislators need to jump on this now. The privacy of pregnant people deserves the protection of law, citizens should lobby their governments to stop funding CPCs, and CPCs themselves should be licensed and regulated.

© Thom Hartmann, used with permission. Originally published on The Hartmann Report as Is The GOP Now Promoting the Business of Tracking Women? 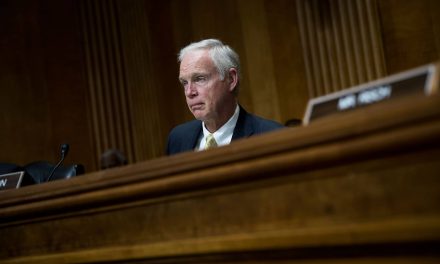 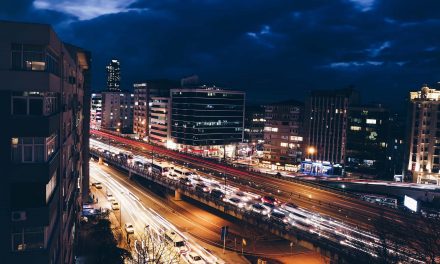 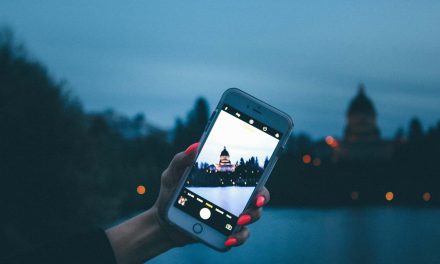 The Big Grift: Why Americans are becoming increasingly exhausted and sickened by a political Death Cult 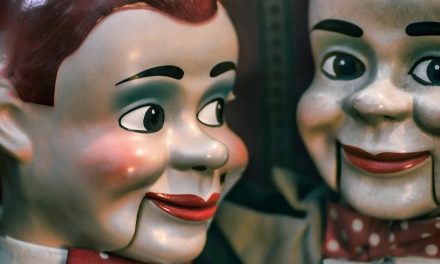 United by Fear: When the GOP lost its legitimacy as a political party after capitulating to a radical fringe