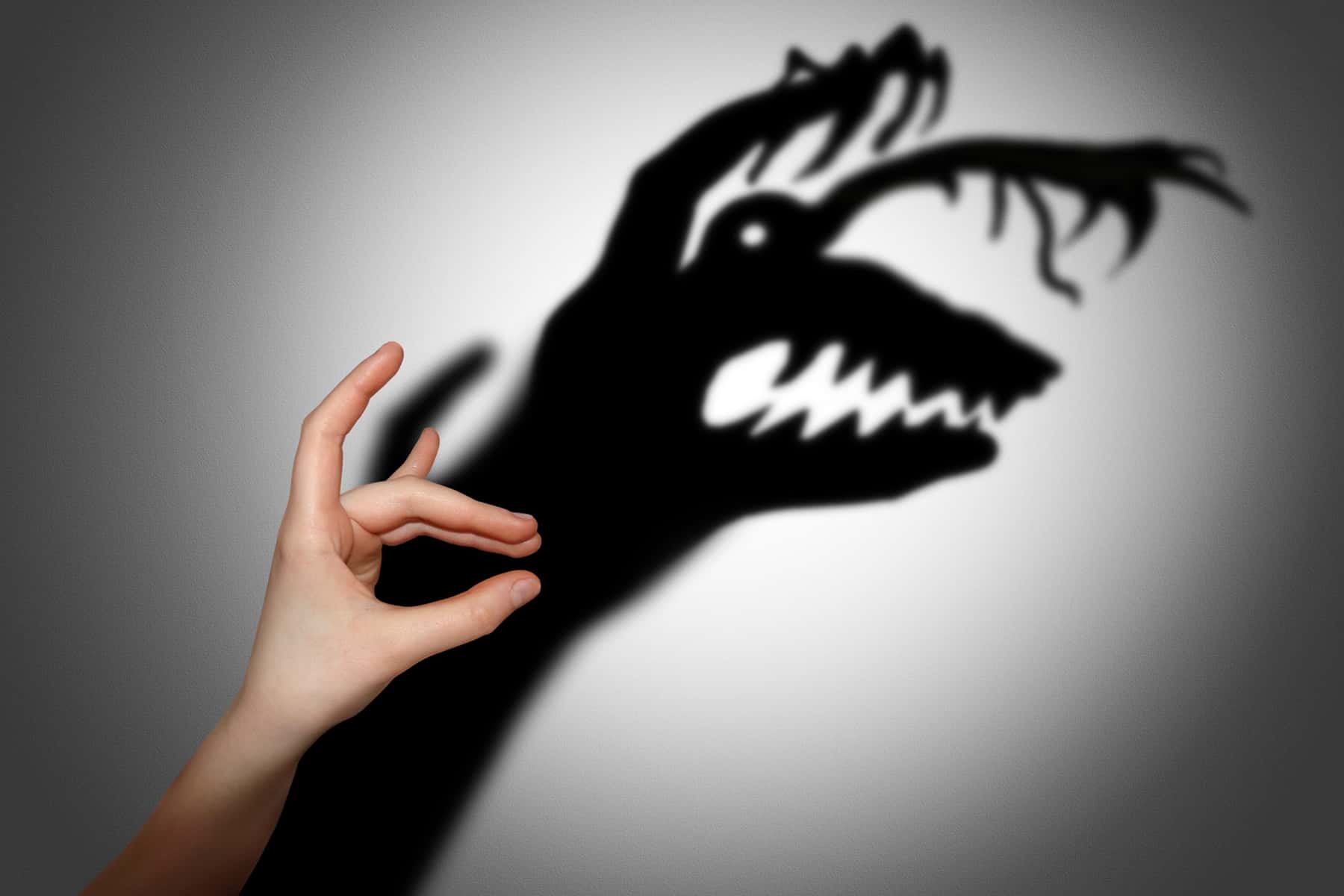 “Be Afraid of Black People” is the GOP’s main message to white voters these days, leveraged by lies about an obscure academic pursuit sometimes called Critical Race Theory (CRT). Many white voters, it turns out, are listening.

The Washington Post reported recently that: “The term ‘critical race theory’ was mentioned just 132 times on Fox News shows in [all of] 2020. In 2021, it has been mentioned 1,860 times, according to a tally using the media monitoring service Critical Mention.”

Daily Beast Contributing Editor Justin Baragona noted that on just that one single day of Tuesday, July 6, Fox “News” had mentioned Critical Race Theory (CRT) 123 times… by 2:00 p.m. There is a strategy here that Republicans intend to use to replicate the “shellacking” they gave Barack Obama in the 2010 midterm election, when the Tea Party was in full roar over America’s first Black president “ramming Obamacare down our throats.” Democrats not only lost control of the House but several critical Senate seats moved to Republicans that year as well.

Back then the message coming at full roar from the rightwing-billionaire-funded “think tanks” like Heritage and front operations like the Tea Party was “socialist takeover” and “death panels,” the message being that Democrats were willing to kill your white grandma so they could take those healthcare dollars to pay for poor Black people’s doctor visits.

Enough white people bought it hook, line and sinker to change the balance of power in Washington DC and set up today’s Senate stalemate. A fear- or hate-based racist appeal to America’s majority-white voters has always worked well for Republicans, from Nixon’s “tough on crime” Southern Strategy to Reagan’s “welfare queen” to GHW Bush’s Willie Horton ads to GW Bush’s “Muslims are coming to get you” to Trump’s “Mexican rapists.”

This time, it’s all about Black people and their public schoolteacher “allies” wanting to “indoctrinate” innocent little white children with Marxism and convince them they should be ashamed of the color of their skin.

It is all a lie, of course.

There is not a public school in America that’s teaching so-called CRT (it is limited to academia and has been for decades), and even if there were, CRT has nothing to do with making white people ashamed of the color of their skin. But it has the words “Critical” (which sounds, well, “critical”), “Race” (which always gets the attention of white people around election time) and the always-useful word “Theory” (which evokes Darwin and his hated theory of evolution).

So Critical Race Theory — or at least the lies about it being spun by Fox, rightwing media and the GOP — is a great scam to use when you’re marketing fear to white people who’d never heard the phrase before this year. Just make up some crazy crap about CRT and push it out through Murdoch-family outlets like the Wall Street Journal and Fox “News” and pretty soon even talking heads on MSNBC will be hosting rightwing disinformation purveyors.

Steve Bannon had a name for this type of strategy. When Michael Lewis interviewed him in 2018 for a Bloomberg article that Lewis later expanded into a brilliant book, The Fifth Risk, Bannon laid it out quite clearly:

“The Democrats don’t matter,” Bannon told Lewis over lunch. “The real opposition is the media. And the way to deal with them is to flood the zone with shit.”

It was another way of saying that the real Republican electoral strategy is not to use ideas or contrasting policies against the Democrats, but is to go up against reality and the truth itself. Just accuse them of outrageous things and let the, er, sh*t fall where it may.

And, indeed, there’s precedent for the strategy working and working well. The Rand Corporation wrote up a deep-dive analysis of what they called “The Russian ‘Firehose of Falsehood’ Propaganda Model” that the GOP has been emulating for at least five years.

In order to work, Rand’s researchers said, a lie must never come from just a single source: the average target of the propaganda has to feel like a firehose of media backing up the lie is being sprayed at him from dozens of directions at once.

“High volume and multi-channel” is the phrase Rand uses, noting of the strategy that “two of its distinctive features [are] high numbers of channels and messages, and a shameless willingness to disseminate partial truths or outright fictions.”

Additionally, the researchers at Rand report, the lie and all the information backing it up must be presented with a media effort that is “rapid, continuous and repetitive.” In this way, they essentially control the zone of discussion around the topic regardless of how many times and in what ways the lie or half-truth is refuted by the mainstream media or the people its characterizing as villains.

On the sloppy-racist side, cartoonishly-photoshopped phony pictures of obese Black women telling white people that they’re all racists are popping up on conservative blogs all across the internet.

In the more upscale GOP realm, the billionaire-funded Heritage Foundation’s advocacy arm’s Executive Director recently told Politico of the CRT offensive they are launching that, “It could turn out to be one of the most important conservative grassroots fights since the Tea Party movement.”

The billionaire-funded rightwing “movement conservatives” are really and truly excited about this whole CRT thing; they are convinced it will wipe out the Democrats next year and even have staying power all the way into 2024. School boards across the country are suddenly overwhelmed by angry parents who watch Fox, listen to rightwing hate radio or have been sucked into Facebook’s algorithm that relentlessly drives people deeper and deeper into extreme “engagement.”

“This [Critical Race Theory thing] is the Tea Party to the 10th power,” Steve Bannon told Politico recently. “This isn’t Q, this is mainstream suburban moms — and a lot of these people aren’t [even] Trump voters.”

The Cleveland Plain Dealer newspaper, for example, reports that a recent effort to raise taxes to fund the local school system in Rocky River “failed…for the first time since 2012.” The main reason was an “outcry over diversity education.”

The controversy, the Plain Dealer noted, hit a fever pitch when parents in the school district received a robocall from Tom Zawistowski, a Republican veteran of the Obamacare wars and leader the Ohio Tea Party who is in tight with the billionaire-funded effort to rewrite the Constitution.

In the robocall, the paper noted, “Zawistowski claimed the district’s teachers, staff, and administrators wanted to ‘implement the racist, anti-American, nonsensical, critical race theory,’ which ‘indoctrinates your children and grandchildren with race-based hate of white people, of American history and of capitalism.’”

The local school district said, loudly, that they taught nothing of the sort, but their effort to expand funding for the school district failed anyway. The firehose of propaganda won.

NBC News reported that over 50 school boards across the nation have come under attack from white Republicans accusing them of trying to indoctrinate their children with CRT. More are happening daily, as dozens of new, well-funded groups are taking up the “fight” against teaching white rural and suburban children any part of the history of race in America.

Twenty-three states have already banned teaching Critical Race Theory, and more are on the edge. These laws are metastasizing across America, pitting white Republicans against their schools, teachers and, of course, against Democrats… all while there is not, in reality, a single public school in America teaching CRT.

Toss in allegations that our first Black Vice President supports CRT, a few “defund the police” and “voter fraud” slogans, and, Republican strategists figure, they have the perfect formula to scare white people into voting for them again. And this isn’t their first time trying to use Critical Race Theory as a political weapon. The rightwing disinformation machine rolled it out in a big way in 2012 against President Obama, although it never got the traction it has today. That effort, however, gave them the language and foundation for today’s effort.

As Spencer Silva points out at National Memo:

“There are even similarities in the dark money behind the 2012 and 2021 efforts. Robert Mercer (advised by Bannon, who became executive chairman of Breitbart after Andrew Breitbart’s death) infamously financed Andrew Breitbart’s early smear campaigns. His daughter Rebekah has donated large sums of money to two think tanks that seem to be behind the newest weaponization of critical race theory. Bannon, for his part, is now predicting the current anti-‘critical race theory’ campaign will not only win the House of Representatives back for Republicans in 2022, but may also prove to be a right-wing presidential winner in 2024.”

Their explicit goal, in fact, is to repeat in 2022 and 2024 the slaughter of the 1988 election where George HW Bush, running on Willie Horton and Black cocaine dealers across the street from the White House, wiped out Michael Dukakis by carrying all but 10 states and DC with a 426–112 margin in the electoral college.

Academics trying to “explain” and “defend” CRT will find the effort, at least outside academia, to be as useless as was trying to convince Republicans in 2010 that Obamacare wasn’t “socialism.” The brand is dead, and the GOP is dancing on its grave. Democrats need to take this seriously and get ahead of it by branding the entire GOP effort as just another Big Lie, while explicitly pointing out the Republican’s Party’s embrace of racism and lies about Black people as a political strategy ever since 1968.

At the same time, Democrats need to recapture the genuine idealism about racial reconciliation and a multiracial republic that was expressed so eloquently by John and Robert Kennedy and Martin Luther King, and put into law in 1964/65 by LBJ. Flipping the national conversation from Critical Race Theory to the GOP’s 52-year history of using racism as an election strategy, and hammering that in the media, will probably be the only way to clean up all the “crap” Republicans are today using to “flood the zone.”

© Thom Hartmann, used with permission. Originally published on The Hartmann Report as The GOP’s “Flood The Zone With Sh*t” Race Strategy 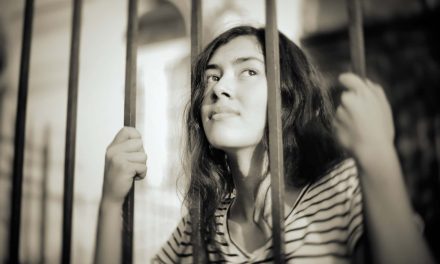 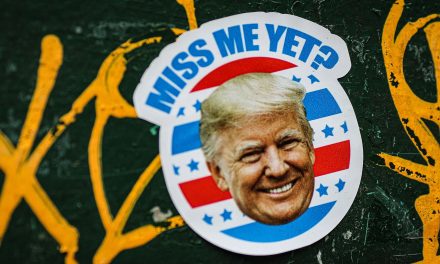 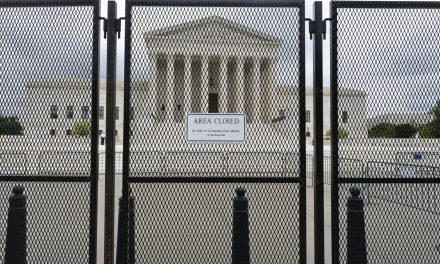 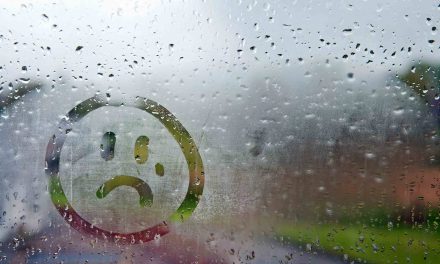 Weapons of Mass Hate: Why the poison that is racism has never improved America’s condition