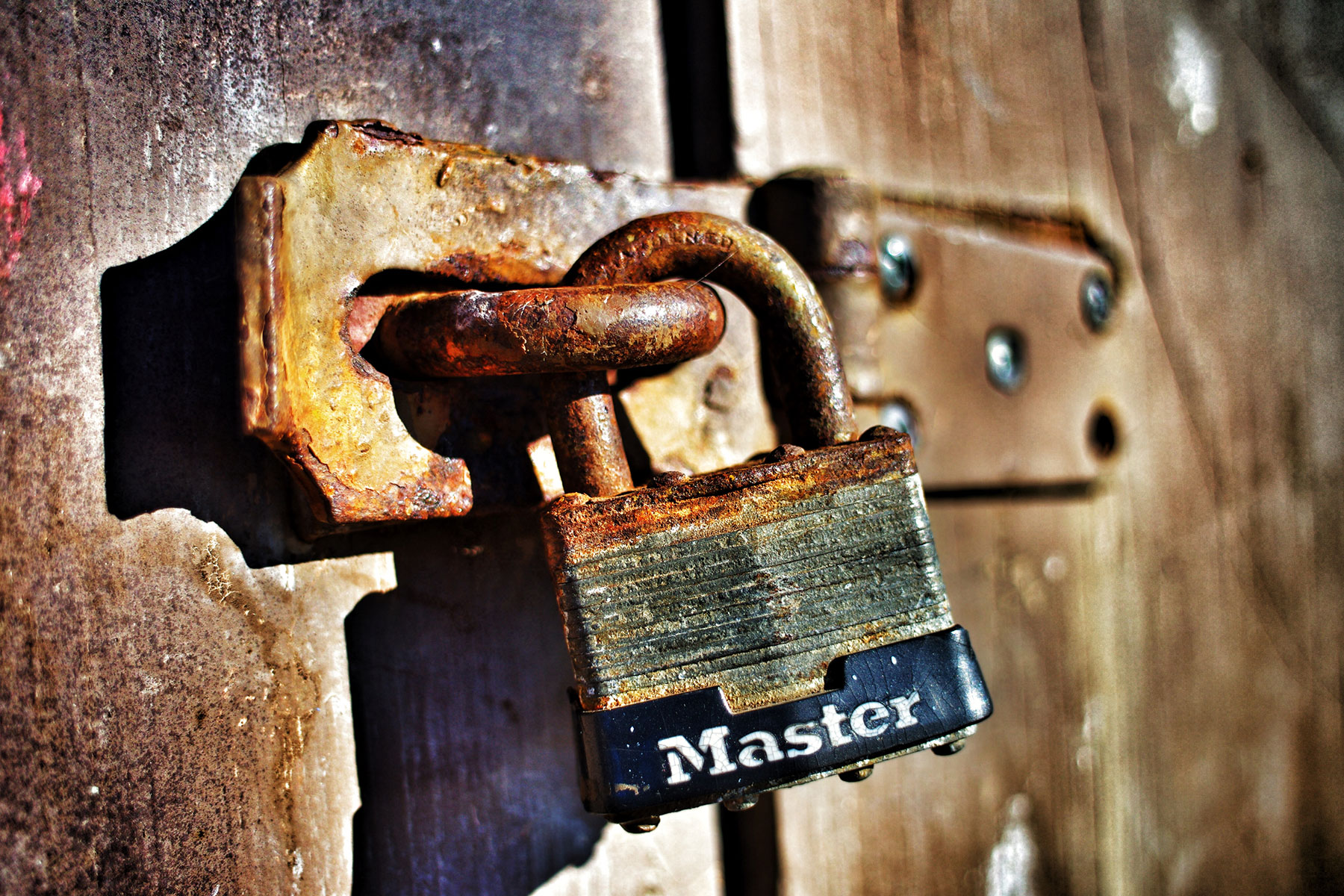 Master Lock remains a Milwaukee institution nearly a century after it was established.

Harry Soref, the founder, general manager, and chief designer of The Master Lock Company, was the most unlikely of industrial tycoons. Small, slight, and soft-spoken, he preferred working in an unadorned cubbyhole of an office in the huge factory he built. His working day started at 5 a.m. and often continued until 9 or 10 at night, six days a week. 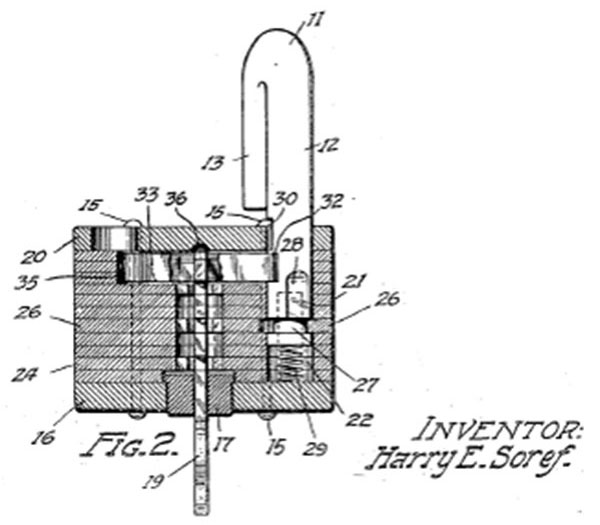 “There is no Sunday, no Monday, no Tuesday for me,” he told the Milwaukee Journal in 1940. “The days are too short and nights too long.”

This quiet man turned a one-room workshop with two employees into the largest padlock maker in the world and the laminated steel padlock he invented nearly a century ago remains in production and largely unchanged.

Back then, mass-market locks tended to have very basic mechanisms. Soref founded his first company, the Master Key Co., to sell a set of five keys capable of opening practically any lock on the market. The keys sold well, which irritated police who said he was encouraging crime. Soref knew perfectly well inadequate locks were the real problem.

At the time, most padlocks fit into one of two categories: strong and expensive or cheap and flimsy. Quality locks typically started as a block of solid metal painstakingly milled to form the body of a padlock. Cheaper locks had stamped metal shells held together by rivets – you didn’t need Soref’s master keys to open them, a blow from a hammer would do the job.

Thinking it over, Soref hit on an idea: What if you stamped out a series of steel plates, stacked them one on top of the other and held it all together with strong rivets formed under enormous pressure? Such a lock would be as tough as the best on the market but far less expensive to produce.

After filing a patent for his idea in 1921, Soref visited established lock makers to explain his idea. One after another, they turned him down. Some called the lock impractical, others said it was a crazy idea. A few laughed.

The companies wanted to cut manufacturing costs by using the bare minimum of parts. Soref’s padlock had a great many parts although the majority, the steel plates, could be turned out cheaply and in vast numbers with a simple punch press.

Discouraged, Soref returned to Milwaukee. But he had his design and he had friends who believed in him. Two of them, Philip Yolles and Samuel Stahl, joined Soref in founding The Master Lock Company. The men rented a one-room workshop, purchased a grinder, a drill press, and a punch press and hired another of Soref’s friends, Hans Peterson.

Production began in June 1924. The laminated steel padlock was an immediate success. The fledgling company soon moved from its workshop on West Water Street into the basement of a large building on Juneau Avenue owned by Pabst Brewing Co. Within a few years the rapidly growing company took over the entire five-story building.

The onset of the Great Depression did little to slow the company’s growth. “There is always a demand for padlocks,” Soref told the Milwaukee Journal in a 1955 interview. “When conditions get bad the lock business gets better. People lock up their stuff.”

In 1939, Master Lock built a sprawling factory at 2640 N. 32nd St. Soref oversaw every detail of its construction. A 1940 Journal article noted the executive washrooms were expensively decorated in marble and tile and, the reporter was surprised to learn, so were the factory washrooms.

“If others can have it, they can too,” Soref shrugged.

He specified appropriately grand offices for the company’s senior management – but you wouldn’t find Soref there. He favored a simple room at the top of four flights of stairs where his desktop held a jumbled assortment of lock components and there was a single decoration on the plain walls – a chart listing 20,000 Master Lock combinations.

By 1955, the Master Lock plant covered six acres, employed 600 workers, and produced as many as 80,000 padlocks a day. Its chief designer was still up at 4 a.m. and, after stopping for breakfast – coffee and donuts and always at the same restaurant, was at his desk by 5 a.m. But his health was failing. Two years later, on March 15, 1957, Soref died.

In addition to holding 80 patents for locks and lock-making machinery, Soref was awarded a gold medal by The American Association of Master Locksmiths, the only one the association ever bestowed.

Now a subsidiary of Fortune Brands Home & Security, Master Lock LLC has operations around the globe, but it is still headquartered in the Milwaukee area and its factory on North 32nd Street is still turning out locks.

In 2012, the company earned national attention, and a visit from then-President Barack Obama, when it returned some jobs to Milwaukee previously performed in China. The move returned the factory – the size of seven football fields – to full production for the first time in 15 years.

Back in 1955, the man who made Master Lock a world leader shared a secret with the Milwaukee Journal.

“I even dream about padlocks,” he said. 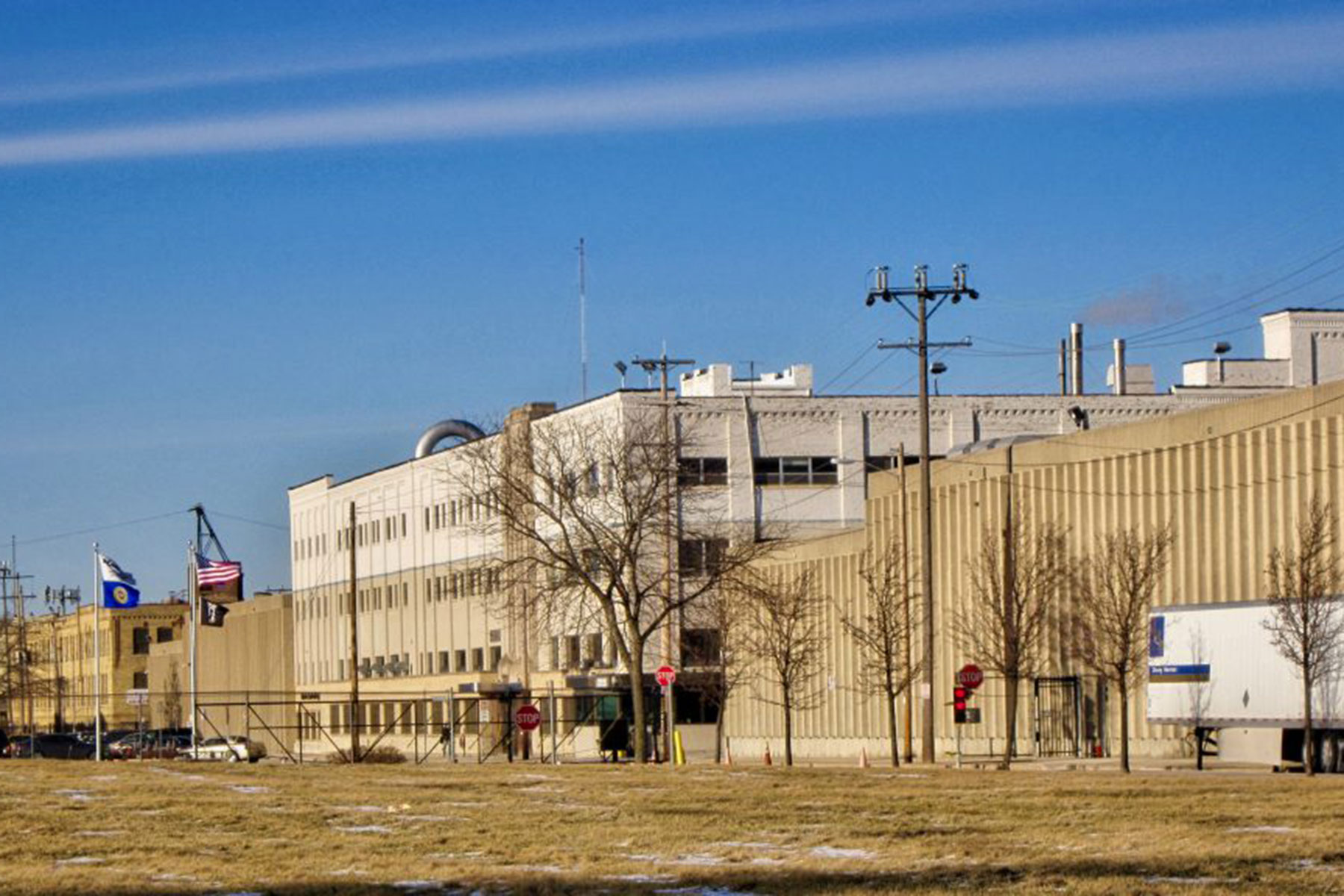 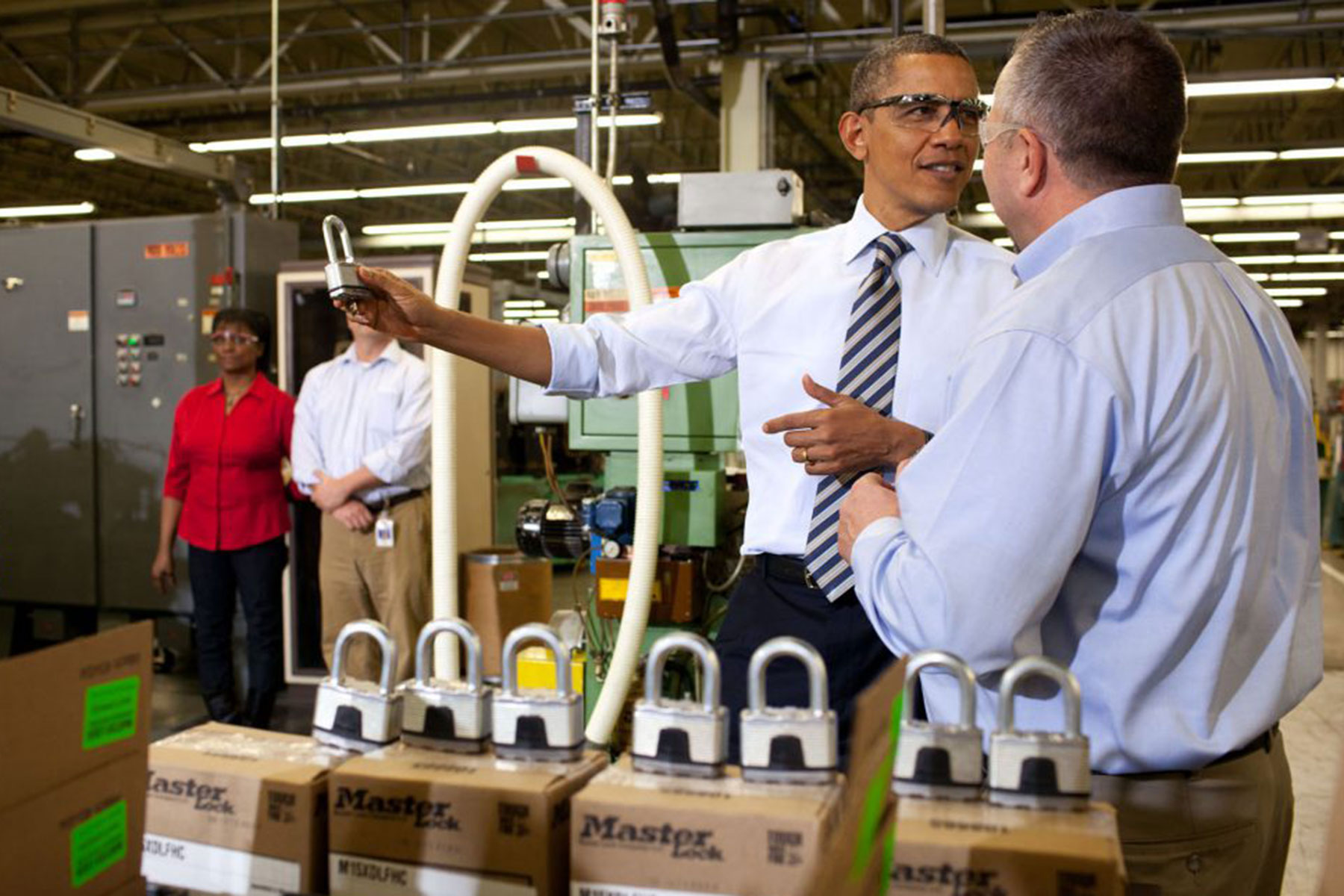 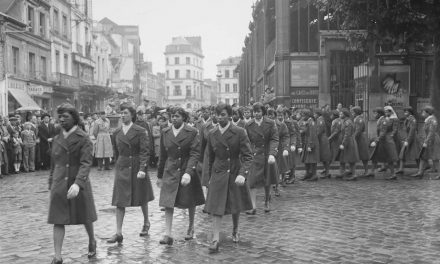 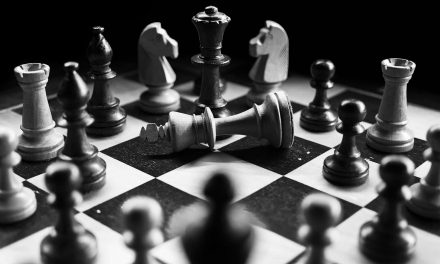 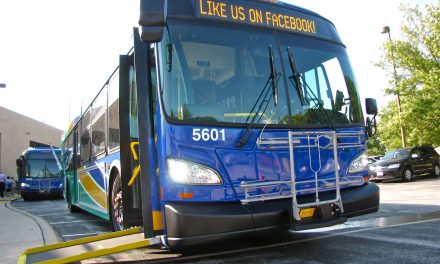 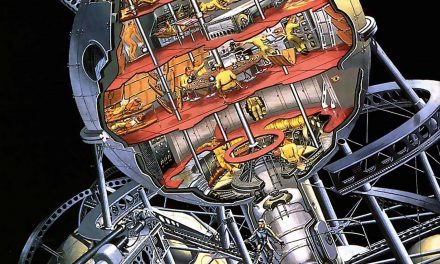