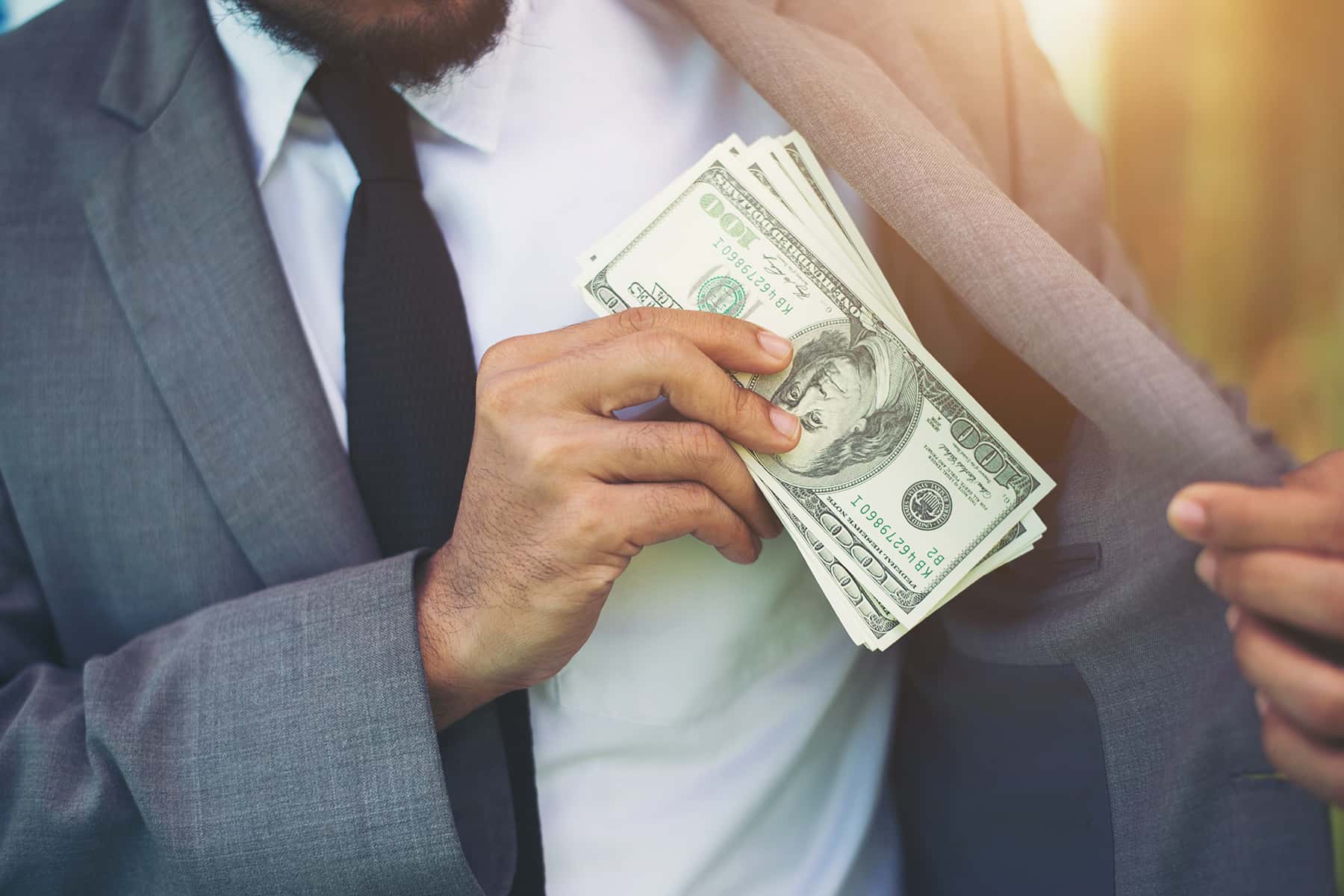 Wisconsin lawmakers recently met in a special session to strip powers from the incoming governor, limit voting opportunities, and make it harder for Wisconsin residents to access health care.

What has received less attention is that they also hurriedly passed a tax cut that would further tilt Wisconsin’s tax system in favor of the rich, contributing to the increasing concentration of income and wealth in a few hands – hands that are most likely to be white, due to a long history of racial discrimination.

The proposed tax cut has its roots in a U.S. Supreme Court decision earlier this year that requires all online retailers to collect sales tax. That change is expected to increase state tax revenue by about $60 million a year in Wisconsin. In the lame duck session, lawmakers reduced income tax rates in a way designed to wipe out the revenue increase from the Supreme Court decision, doing it in a way that gives the biggest benefit to taxpayers with the highest incomes.

Lawmakers had previously passed a version of this bill that would trigger an income tax cut if Congress passed legislation requiring that online sellers collect sales tax, but because the change was ultimately prompted by a Supreme Court decision instead, state lawmakers revisited the issue.

Like many of the tax changes made during Governor Walker’s administration, this income tax cut gives outsized benefits to the highest earners while essentially blocking people with low incomes from receiving any benefit at all. More than two-thirds of the value of the tax cut – 68% – will be delivered to residents in the top 20% by income.

State lawmakers passed a bill that cuts income tax rates to reduce state tax collections by $60, giving the biggest tax cuts to the wealthiest residents. The tax cut is designed to wipe out the revenue increase from a recent U.S. Supreme Court decision requiring all online sellers to collect sales tax. 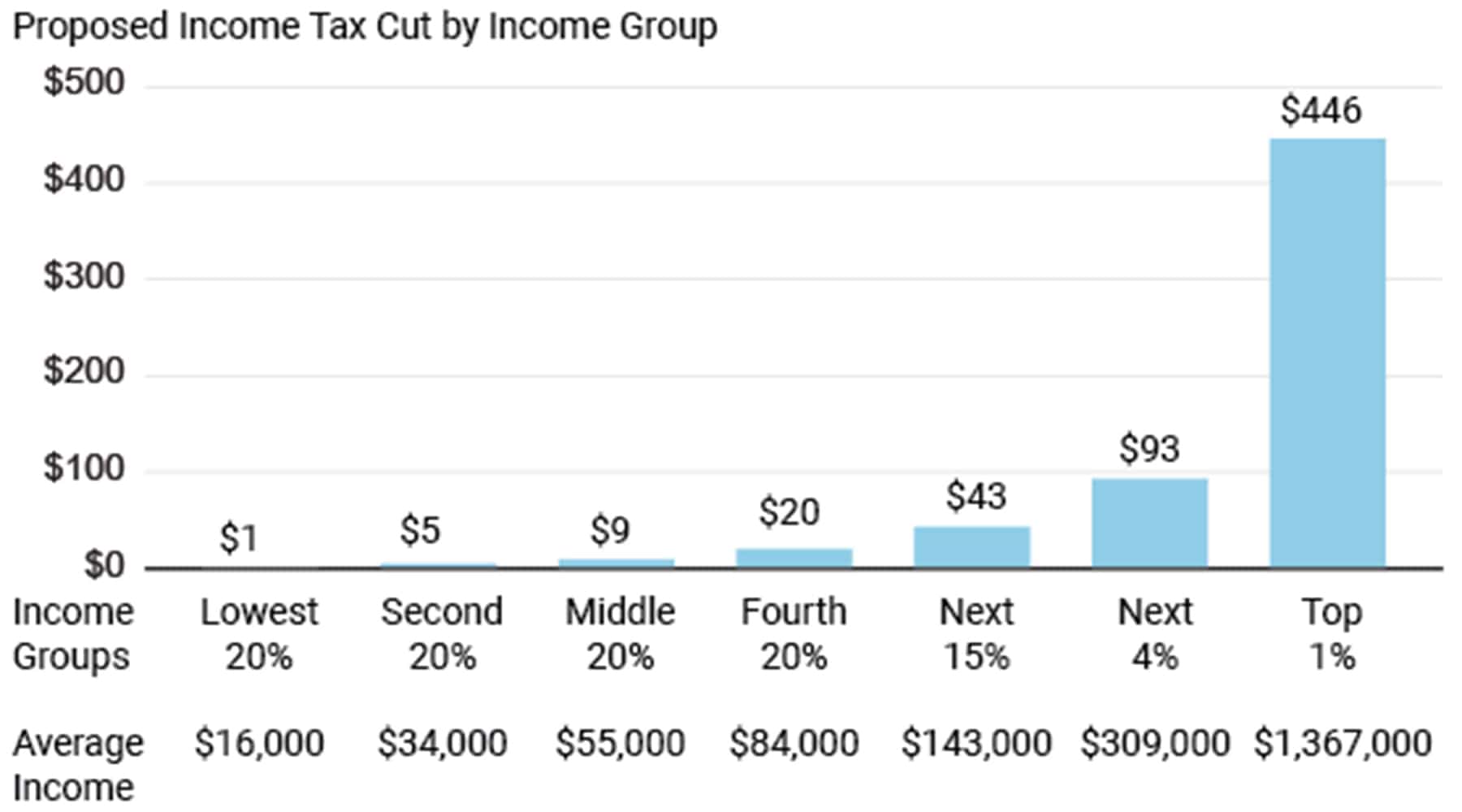 These figures focus on the effect of income tax cut alone rather than the combined effect of the income rate cut and the sales tax change combined.

There are far better ways for Wisconsin lawmakers to use the unanticipated revenue generated by the court decision. If lawmakers want to cut taxes, they could boost the incomes of working parents with low incomes by increasing Wisconsin’s Earned Income Tax Credit. Or they could help seniors with fixed incomes stay in their homes by reversing cuts to the state’s Homestead Credit.

Another possibility would be to sock away the revenue into Wisconsin’s rainy day fund, which would mitigate the effect of making damaging budget cuts during future recessions.

Instead, lawmakers are doubling down on their misguided approach of giving the biggest tax cuts to those who need them the least, an approach they have followed with little variation over the last eight years.

A 2017 analysis from the Wisconsin Budget Project found that tax cuts passed during the Walker era accrued largely to people with the highest incomes, with people in the top 1% getting an average annual tax cut that was 57 times the size of the tax cut that people in the lowest income group received, when measured in dollar terms.

One of the legacies of this legislature and Governor Walker will be that they further tilted Wisconsin’s tax system in favor of the wealthy and well-connected, requiring everyone else to pay more than their fair share. That can be seen as they pass yet another tax cut that helps the rich, among their final actions. 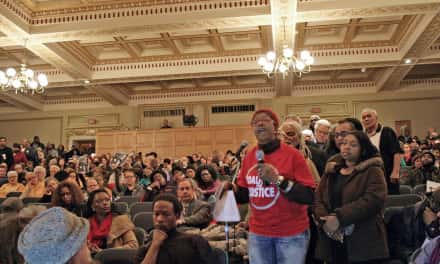 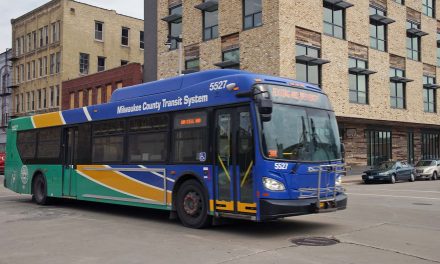 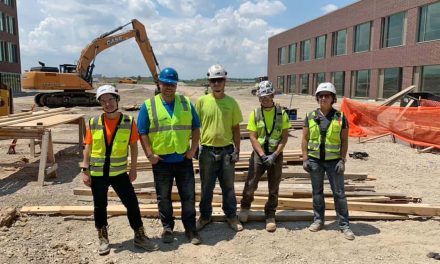 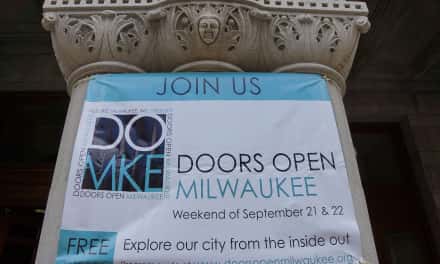