The Trump effect: Black voters face the real possibility that they will be unable to participate in elections 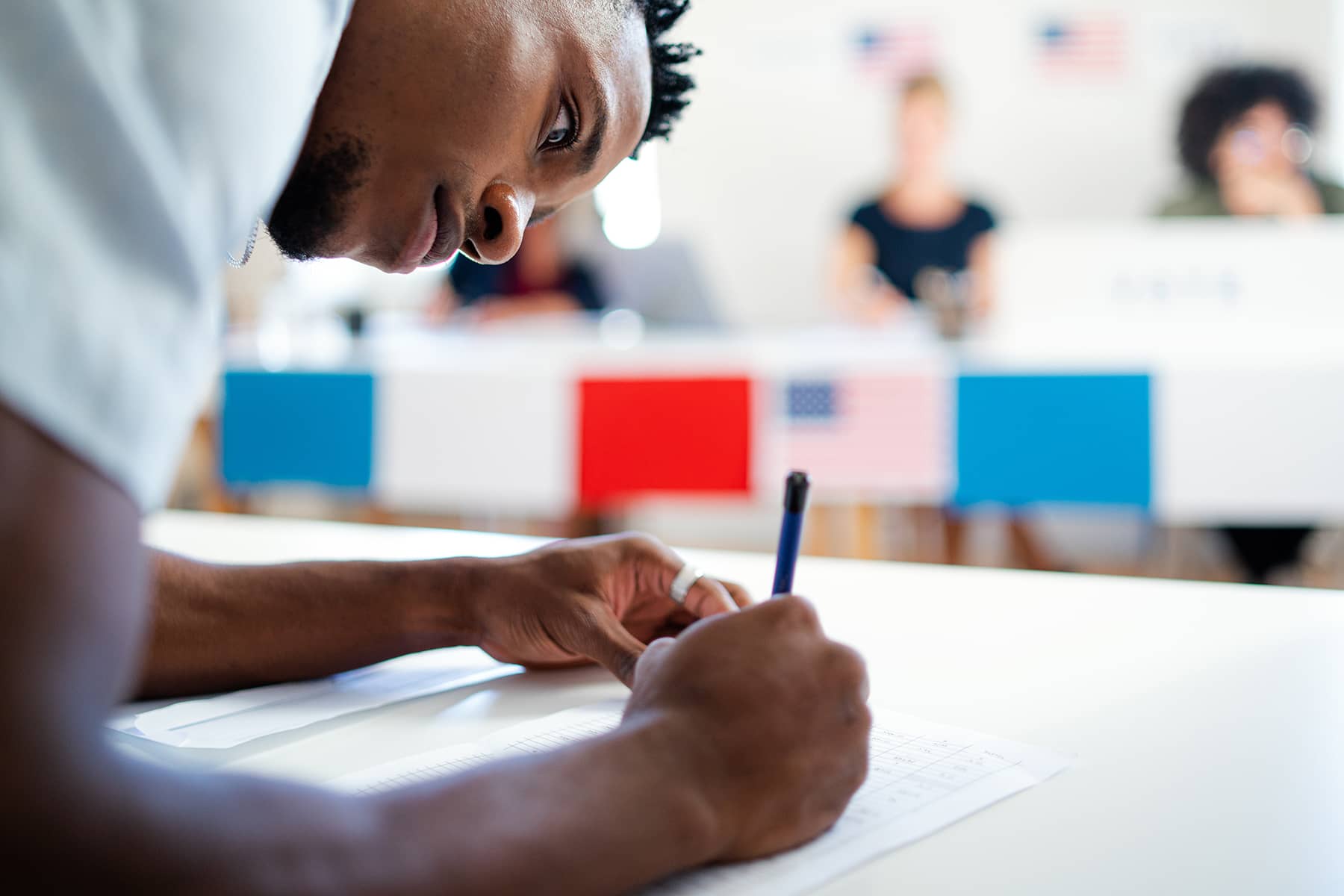 Voters who want to cast their ballot on Election Day this November may be in for an unpleasant surprise, the very real possibility that they will be unable to vote.

That is because any registered voter can challenge the right of another voter, or group of voters, to cast a ballot by alleging that they are not qualified to do so. Potential challenges range from the wrong address on a voter’s registration to not being old enough to vote to having been barred from voting as a felon. Once a challenge is made, election officials have to determine whether it is valid and whether a voter should be removed from the list of eligible voters.

This year, Georgia has been ground zero for such efforts. Eight counties have received complaints seeking to remove 65,000 people from their lists of registered voters. In 2021, True the Vote, a self-described election integrity group, led an effort that challenged 364,000 voters across all of Georgia’s 159 counties.

Such challenges do not happen only before Election Day; 39 states allow similar challenges to occur on Election Day itself. A video obtained by Politico shows a GOP staffer in Michigan explaining how Republicans will, the reporter writes, “install party-trained volunteers prepared to challenge voters at Democratic-majority polling places.”

In 2020, then-President Donald Trump urged his supporters to file such challenges in places where he claimed that there might be fraudulent voting. During that year’s first presidential debate, Trump singled out Philadelphia, a longtime Democratic stronghold with a large Black population. He called on supporters to “go into the polls and watch very carefully … because bad things happen in Philadelphia. Bad things.”

The practice of citizens’ challenging others’ right to vote started long before Trump came onto the political scene. It is, in fact, older than the American republic. Throughout U.S. history, citizen voting challenges have been a tool used by people seeking to disenfranchise others and secure partisan advantage for themselves.

The first laws authorizing such challenges to others’ voting rights can be traced back to the American Colonies. In some of those places, the right to challenge was even written into royal charters, allowing challenges in any Colonial election. For example, in 1742, when Rhode Island and Providence Plantations revised its charter, the changes included this provision allowing eligible voters to question the voting rights of any other person:

“… if any Person in this Colony shall attempt to vote in any Election within the same, who is suspected not to be qualified as above said, it shall and may be lawful for any Person to inform the Moderator, or other Person who presides at such Election, that he hath Cause to doubt, that such suspected Person hath not a good Right to vote.”

Soon after the American Revolution, newly formed states enacted laws giving their voters the right to challenge people who they believed had supported the British during the war. New York law allowed citizens to object to anyone voting who had “not taken an active and decisive part in favor of the United States in the present war …”

The full flourishing of this practice did not occur until after the Civil War. Suddenly confronted with the prospect that freed slaves would vote and change the outcome of elections, states in the Reconstruction South enacted voter challenge statutes.

These laws fostered a kind of vigilante justice, in which citizens could police the electoral behavior of others in the name of preventing fraudulent voting. Such vigilantism was one tool among many to intimidate freed slaves and keep them from casting ballots on Election Day.

Despite their tainted history, laws allowing citizens to make both pre-election and Election Day challenges persisted through the 20th and into the 21st century. The Brennan Center, a progressive think tank, notes that in the early 20th century, several states reaffirmed, reenacted or refined their voter challenge laws, including Election Day challenges.

One example: In 1904, Virginia reenacted its Election Day challenge law and at the same time passed new poll tax and literacy tests for voting. Today, Virginia law says that “any qualified voter and election officers” may object to anyone’s casting a vote on the grounds that they are not legally eligible to do so. During the 20th century, political parties promoted voting challenges.

One of the most prominent of those efforts happened during the 1981 campaign for New Jersey governor. The Republican National Committee mailed sample ballots to the homes of people in precincts with a high percentage of racial or ethnic minority voters. Voters whose sample ballots were returned as undeliverable, or because the voter had moved, were then subject to challenge.

Before the 2004 election, the Republican Party announced another voter challenge plan. It would station 3,500 people in polling places in Democratic areas of Ohio to raise objections when Democratic voters showed up to vote. The party ultimately backed down, even though it won a court fight over its plan.

What happens in an Election Day challenge?

On Election Day any registered voter seeking to disqualify another person from voting must notify an election official of the desire to file a challenge. They may do so on the same grounds that are used in pre-election challenges.

Such challenges raise real difficulties at the polls. In many states, challengers do not have to submit evidence to substantiate their allegations. While voters get no advance notice that a challenge will be made, they may be required to provide documentation or swear on the spot that they are entitled to vote.

As Federal District Judge Donald Molloy said in a 2008 Montana election challenge case, “Voters might be intimidated, confused or even discouraged from voting upon receiving notice that their right to vote … has been challenged.”

And Election Day challenges put officials at polling places in a very difficult position. As the Brennan Center puts it, they are “under immense time pressure to decide challenges quickly. As a result, they can be denied a full opportunity to thoroughly review every challenge and to verify the challenger’s allegations.” In some states challenged voters may be allowed to cast provisional ballots while the challenge is pending.

On November 8, this nation may experience a surge of voters intimidated by Election Day challenges. Election officials may have to make hurried decisions. That is a situation that threatens the very right to vote, a right that former President Ronald Reagan once called “the most sacred right of free men and women … (and) the crown jewel of American liberties.” 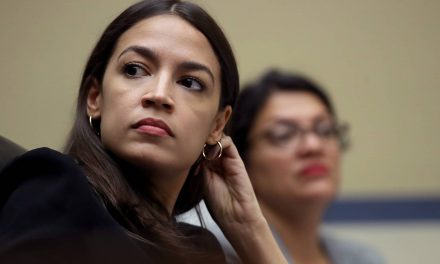 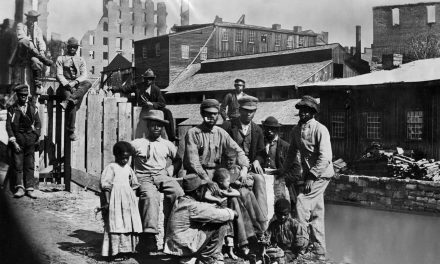 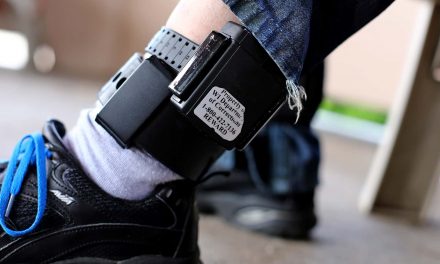 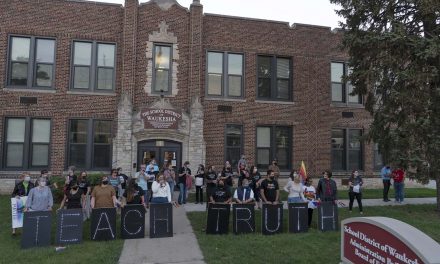