Pardeep Kaleka: A son remembers the day his father was slain for his faith 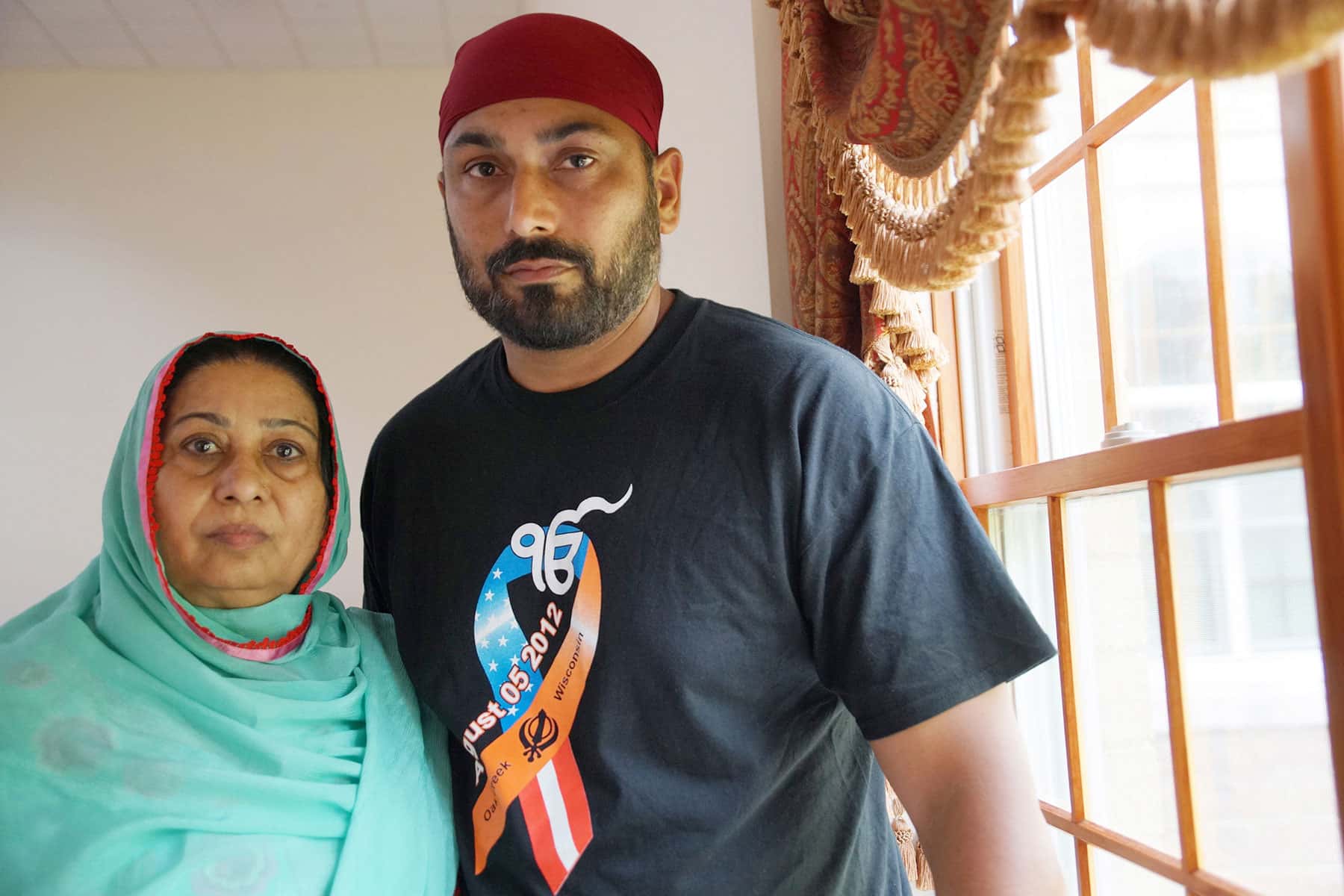 This past weekend marked the 5-year remembrance of one of the worst race-based, religious-based, ethnic-based hаte crіmеs committed on American soil.

The shооter was an affiliated white supremacist, ex-military operative named Wade Page. In his wake of tеrrоr, he left six dеаd, one critically injured, and three others hurt, before he turned the gun to himself to take his own life.

One of the victims of his rampage was my father, and Temple President, Satwant Singh Kaleka.

The entirety of the murdеr-suicide lasted only 6 minutes, but the impact is still being felt 5 years later by an entire community of thousands.

My wife went to work that Sunday morning, and left me in charge of our children. My plan was to meet my mother and father at the Temple to drop off the kids for Sunday school. Sometimes things do not go according to plan. En route to the Temple, my 7-year old daughter politely informed me that she had forgotten her Sunday school notebook at home.

We survived only because we turned around to go back home and retrieve her notebook.

I lost my father. But my mother, my children, and I survived. The truth is, since that day, I have felt this strange dichotomy from guilt to relief, and everything in between. The emotions have underwhelmed me, and overwhelmed me at the same time. I have experienced feeling the spectrum of going from connection to isolation, joy to sorrow, angst to calm, altruism to self-centeredness, love to hate, vision to confusion.

It was this dimension of emotional imbalance and psychological agitation that led me to my current career in the mental health field. It allowed me to deflect the personal difficulties that I was facing, and attempt to cope by helping others heal.

Immediately after the tragedy, our work focused on Hate Crime Legislation, Gun Control, Immigration Policy, Educational Policy, and such. Consuming myself in community efforts worked for a while. But just like any insatiable hunger, the pain of “I should have,” ‘if only,” and “why me” continued to eat away at my spirit. One day I had to address the irritation that was within myself.

It was not until I was befriended by an unlikely source, a former white supremacist, that I truly began my journey. Arno Michealis was a catalyst for the path that require me to look into the depth of my spirituality. As I did, I began to see the world differently. The things that I once thought were important no longer seem as important. The small things that I took for granted, gained significance. My relationships took precedent and my family became my sanctuary, along with my work and my purpose.

I peeled away the layers of trauma by developing an insight into my soul. However, something was still missing. To many others it was obvious, but to me it took 5 years to realize what was missing. A mother that will never get to see her children graduate, a father that will never give his daughter away in marriage, a grandfather who will never know his grandchildren, and a community that was forsaken by its leader.

Today, the dilemma is that communal healing cannot truly occur until the culture that created the shооter begins to address its responsibility.

The shооter, Wade Page, was born in Littleton, Colorado which is the hometown of the Cоlumbіnе Mаssаcrе. He was radicalized during his service with the U.S. Army, and Page became engulfed in a white supremacist culture of superiority following his discharge from the military for chronic alcoholism.

Heavily involved in the white power music scene, and described in many intelligence reports with the SPLC and ADL for his hatred of Jews, Blacks, Gays, and Foreigners, Page legally purchased a 9mm firearm, and the three high ammunition magazines he used from a gun shop in West Allis, Wisconsin just six days before the shооting. Page was a well known domestic threat, yet no intervention methods were used to prevent his carnage.

My fear is that more of these domestic threats exist, and if we are not serious about prevention work, communities will continue to suffer the consequences. The nonprofit RAND Corporation identifies domestic tеrrоrism as “involving violence against the civilian population or infrastructure of a nation, often but not always by citizens of that nation and usually with the intent to intimidate, coerce, or influence national policy.”

However, the recent political narrative tweeted from our nation’s capital is that our prevention assets need to only focus on foreign threats. The truth is that most tеrrоrist incidents inside the United States are related to domestic motivations and committed by domestic interests.

Many of these domestic tеrrоr groups have renamed their mission focus to culturally preserve racal superiority, Christian identity, and Nationalism. Groups once thought of as fringe to now mainstream, with a growing fanbase of popularity. They have justified their stance by appropriating the oppressed narrative.

It has become clear to me that our local community and nation also suffers from survivor’s guilt. The idea that our history could have been different. The “we should have,” ‘if only,” and “why us” continues to impede progress on a collective level and individual one. The hardest part of guilt and grief is that there is just no easy way to deal with it. People can only deal with it by living through it, and in time it may get better. This betterment requires hard work and comes with no guarantees of success.

These things were on my mind during the 5th Annual Serve2Unite Run/Walk. Each year we have seen the remarkable human spirit raise to the challenge. In essence, we are all survivors. It is only in this kinship that communal healing can truly happen. To see God as an omnipresent energy source in all human beings is the first and most important tenant of my faith, Sikhism. We know that without this universal understanding of innate spirit, we will only continue the cycle of suffering.

My goal over the past 5 years has been to see this spirit in those around me, and help them see the same spirit in one another. Alexis Carrell once said, “man cannot remake himself without suffering, for he is both the marble and the sculptor.”

While his memory will always remain alive within me, tomorrow begins another day without my father. Each sunrise that follows is another step towards healing, and helping others in their long journey to find a peace that calms their spirit. To be sure, there will be more lingering affects of the trauma ahead, as the years pass and this tragic anniversary is honored. But as we strive to be in relationship with each other in our community, we do not face the future alone. 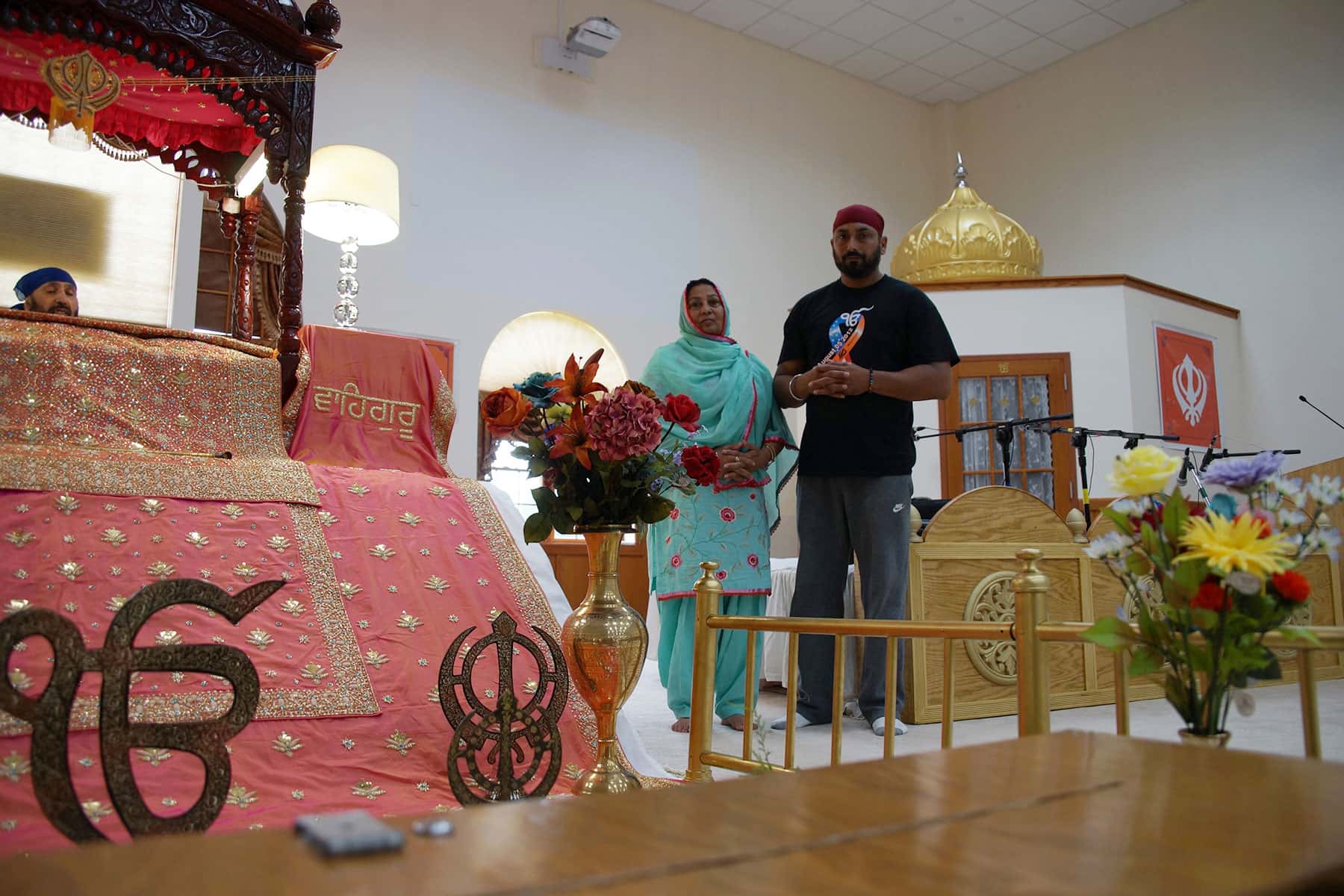 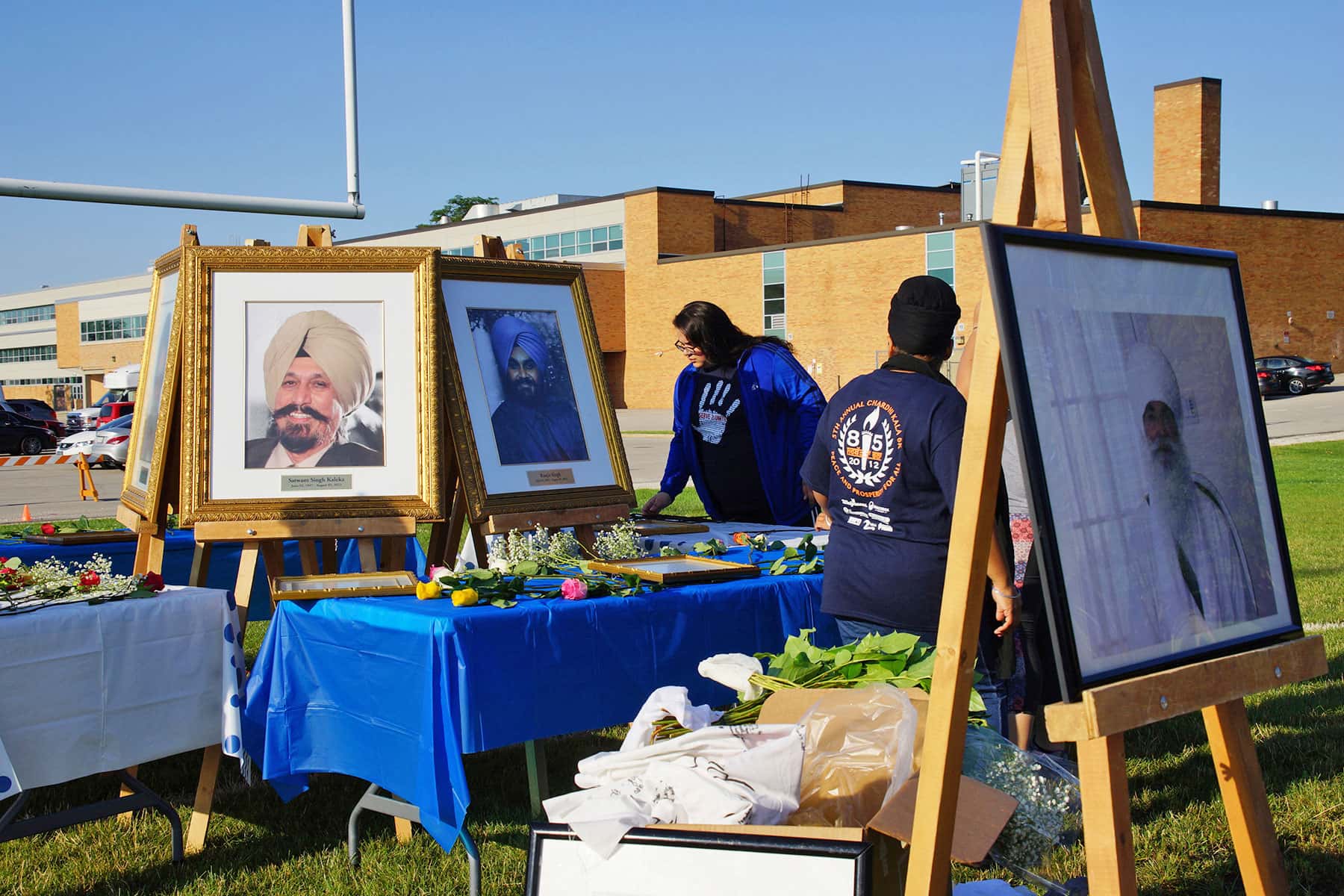 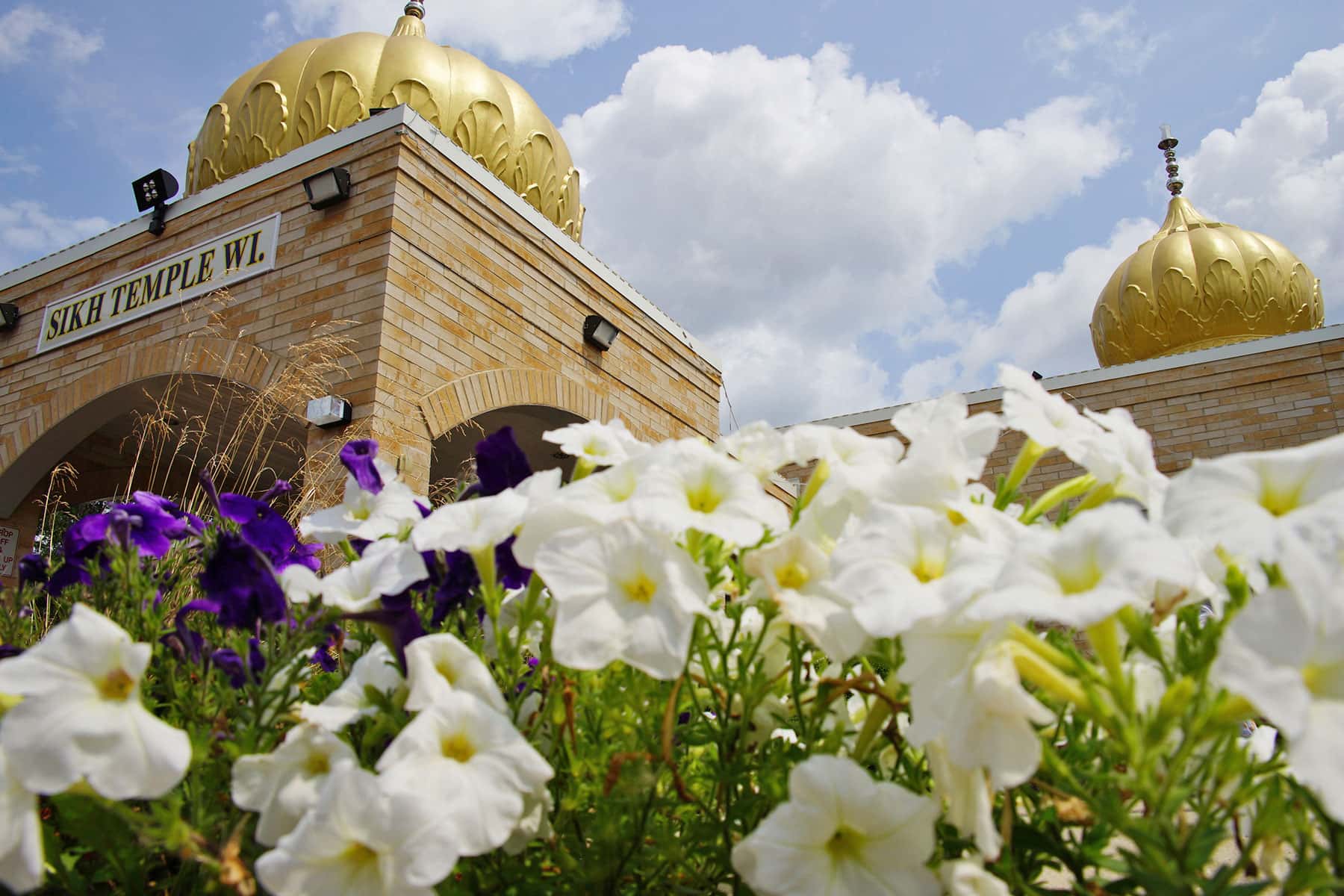 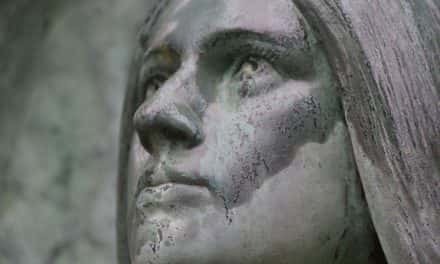 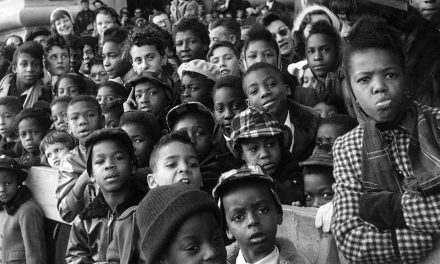 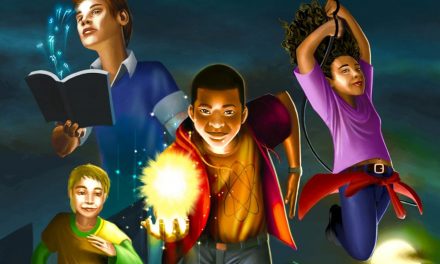 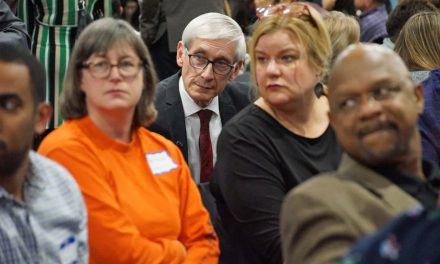