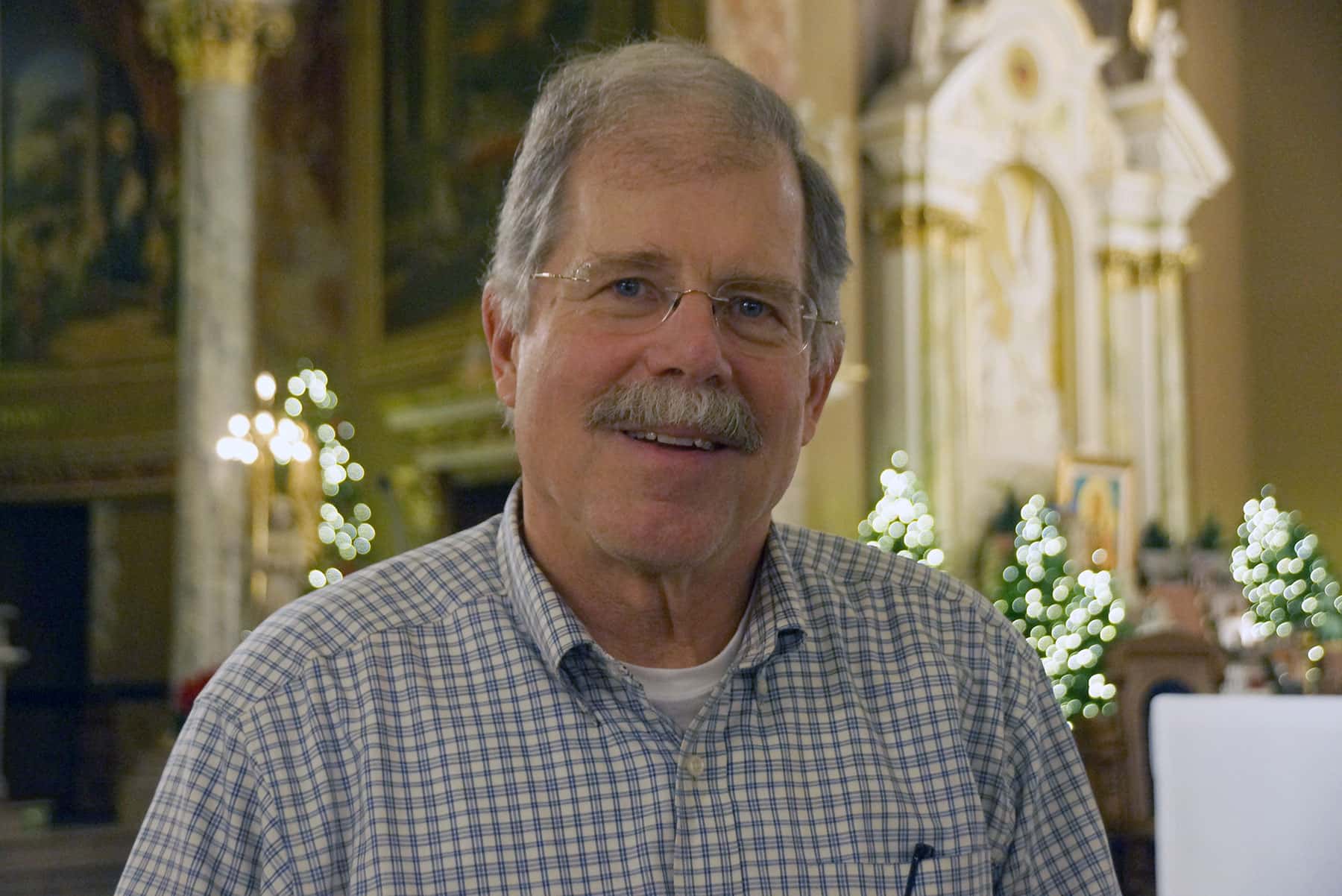 The foremost historian on Milwaukee history, John Gurda, spoke to an audience of hundreds at the Basilica of St. Josaphat on January 7.

The event was part of the Basilica’s annual New Year tradition, and highlighted Gurda’s new book, Milwaukee: City of Neighborhoods.

“The book is based on a series of posters from the 1980s done for the city of Milwaukee by artist Jan Kotowicz,” Gurda explained. “We did twenty-seven neighborhoods originally, and I wrote short essays on the back of each one. So it was partly the desire to salvage and make new some of that material, which led to the production of the City of Neighborhoods book.”

Gurda updated the original neighborhood essays, which “in many cases was a really radial update, because thirty years is long time for neighborhoods to change.” Eleven new neighborhoods not covered in the original iteration were also added, with illustrations and photos, both historical and contemporary.

“It was an effort to create a grassroots portrait of Milwaukee in 2015. But realizing Milwaukee is a city in constant motion, this is sort of a benchmark for our era,” said Gurda. “So someone looking at this thirty years from now will have the same reaction as I did looking back at the things I wrote thirty years ago, in how thing have changed radically.”

Susan A. Rabe, President & CEO of the St. Josaphat Basilica Foundation invited Gurda to speak at this year’s event. “In 1991, the foundation was born as a result of the Basilica needing serious restoration and preservation. And one of the very first Board Members was John Gurda. Since then he has served the Basilica through the foundation tirelessly.”

“Speaking here from the pulpit is every Catholic schoolboy’s dream,” Gurda joked.

The Basilica of St. Josaphat, located in the historic Lincoln Village of Milwaukee, is a Franciscan parish which has a captivating story of faith, historical significance, and unmatched beauty.

Built by Polish immigrants and using salvaged materials from the U.S. Post Office and Custom House Federal Building from Chicago. By the turn of the twentieth century, St. Josaphat Basilica had more than twelve thousand members due to the population density in the area. It was probably the largest congregation of any faith in the state of Wisconsin at that time.

Gurda also talked about the foundation and development of the South Side of Milwaukee, which did not happen “until people began to envision a city here after the Indians were displaced, removed not too far West to a place called Indian Fields, which is now Forest Home Cemetery.”

The legacy of the city’s foundation is still here and part of the landscape, as seen in steeples. Milwaukee the highest concentration of churches in Wisconsin. The architecture underlines the ethnic diversity of that area, especially in the near South Side, as it developed in the late 1800s.

St. Stanislaus Catholic Church on 5th and Mitchel dates back to 1866, and was the first Polish church in any American city. It was the mother congregation for twenty others that were later established around the city. St. Stanislaus was the nucleus of Polish Catholicism in Milwaukee. The development of the South Side Polish community can be observed by following these steeples.

After the lecture, Gurda met with the audience and autographed his new book. The line of historical enthusiasts stretched the length of the Basilica’s massive interior. Milwaukee: City of Neighborhoods, a book by John Gurda, was published by Historic Milwaukee, Inc. 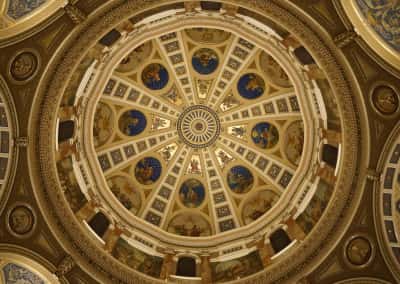 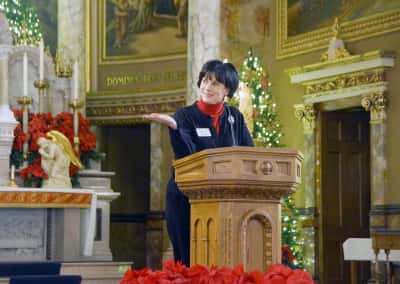 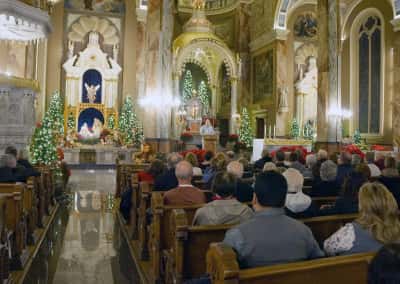 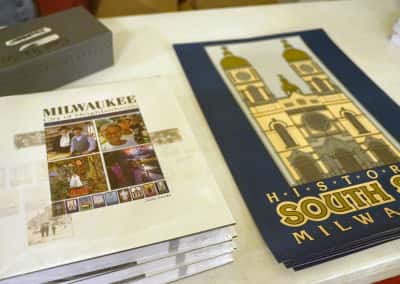 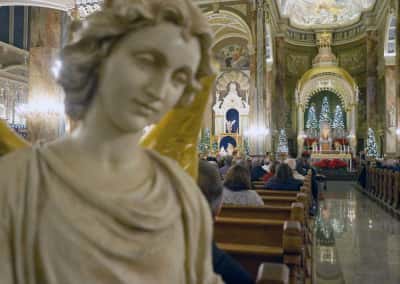 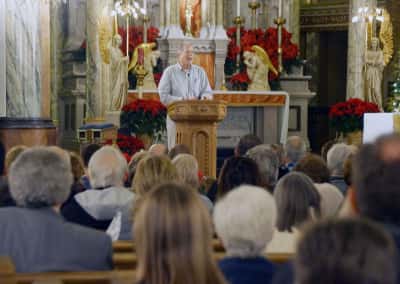 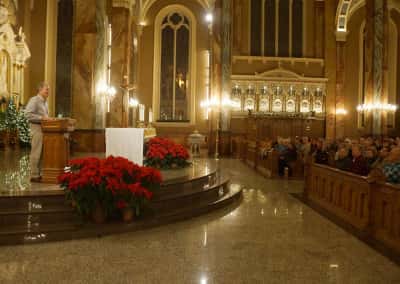 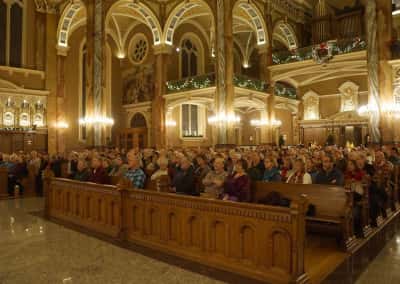 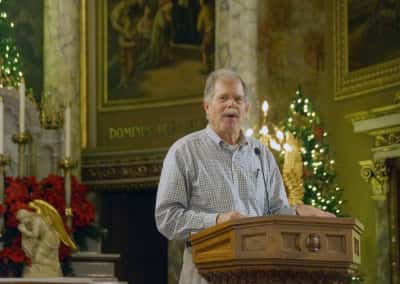 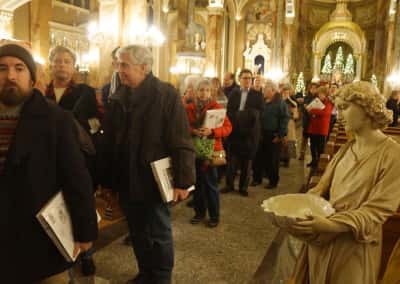 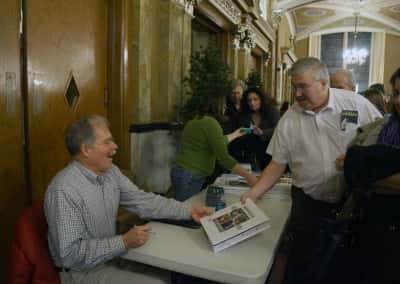 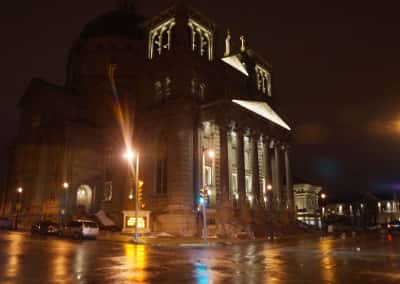 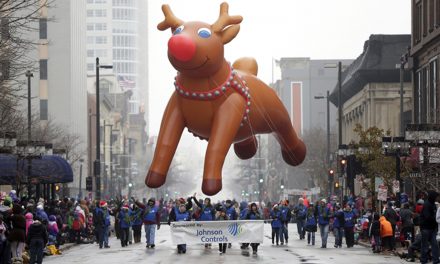 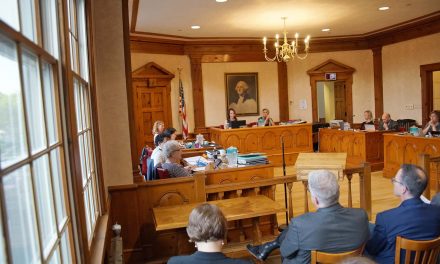 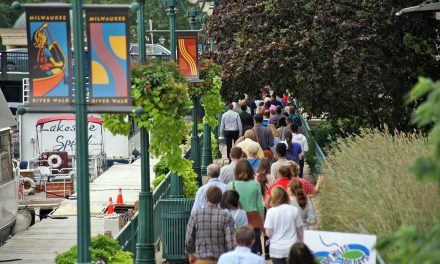 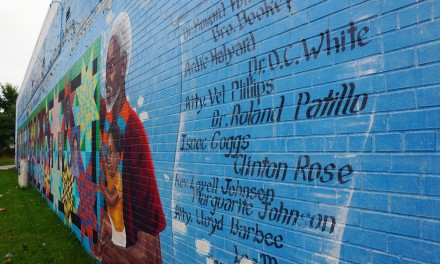