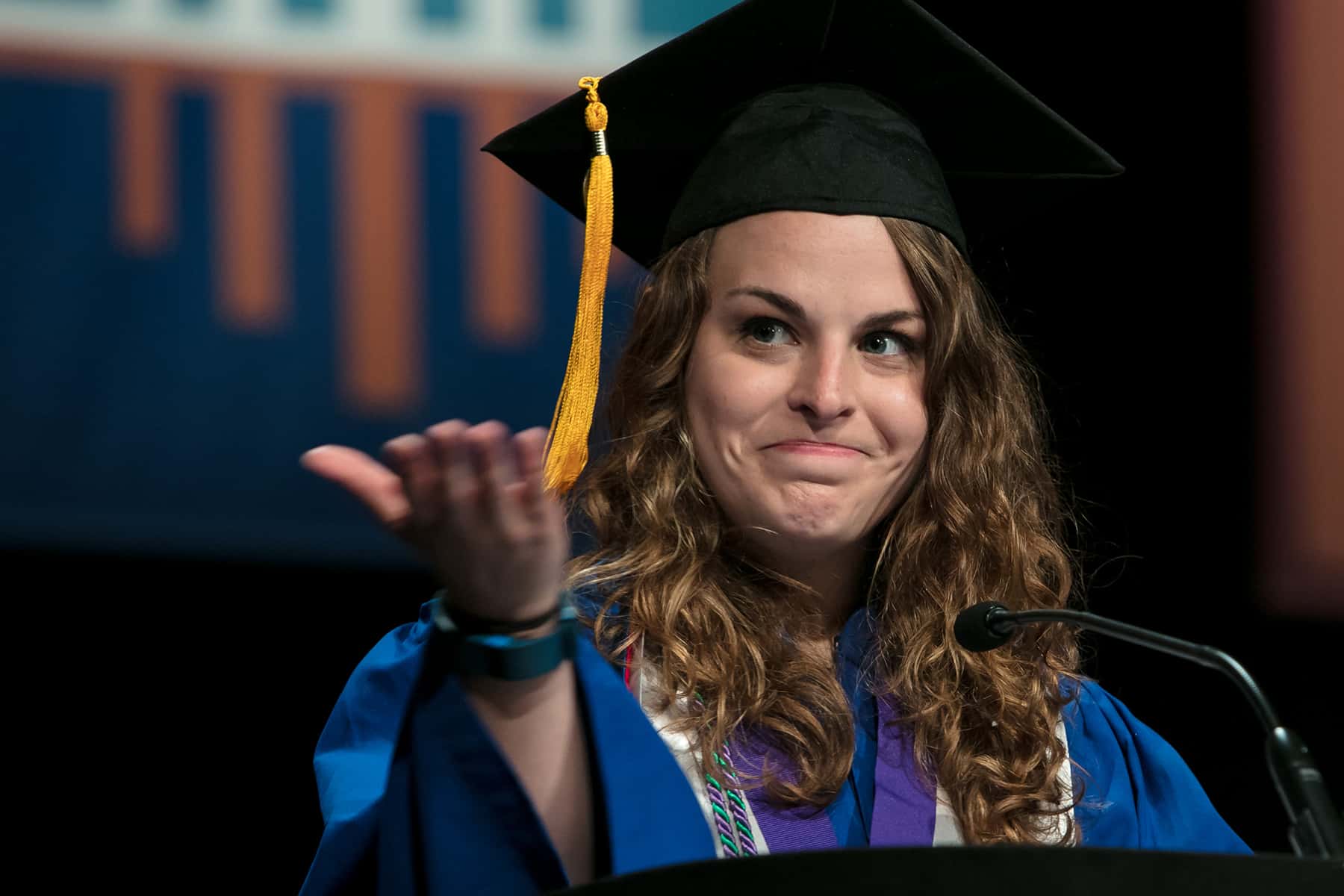 As college and high school graduations take place, thousands of select students will step to podiums to deliver their graduating class’s farewell remarks at commencement ceremonies throughout the United States.

These students – usually the graduating seniors with the highest grade point average, or GPA – are recognized with a formal title: valedictorians. Though the tradition goes back to colonial times, the validity of valedictorian honor is increasingly being called into question. A growing number of schools are changing how they bestow the honor or doing away with it altogether.

For instance, this is the last year there will be a valedictorian at William Mason High School, an Ohio school that is one of the best regarded in the nation. School leaders announced May 9 that the school would no longer have a class valedictorian or salutatorian as of next year, citing “unhealthy competitiveness among students.”

As an education historian, Mason High School’s decision underscores what I see as a long-standing problem in American education: Our emphasis on competition and awards in academics sometimes leads to problematic measurements of learning.

A question of honor

Recent news reports call into question whether the valedictorian honor is truly about merit or hobbled by biases of race and class. Similar questions are being asked about American higher education in the wake of this year’s college admission scandal. Indeed, in a growing number of cases, students who have earned the top grades in their graduating class – but who happen to be more have darker skin hues than their peers of European descent – are finding themselves being asked to share their valedictory glory with other students. But before we get into those examples, a little history on the origin of the valedictorian is in order.

Roots in the colonial college

The tradition of selecting a valedictorian goes back to 1772 at The College of William & Mary. It began when Norborne Berkeley – formally known as Lord Botetourt – arrived from England to serve as Governor of Virginia. He fell in love with the colony and college. To show his appreciation for the school and the student body, he put up a gold medal as the prize awarded to the student most skilled in Latin written composition and oratory.

The victorious student, selected by the college president and faculty, was then designated as the valedictorian. The word is derived from the Latin “valedīcere,” which means “to say goodbye.” Accordingly, the valedictorian would deliver the farewell address at commencement. It was an enjoyable way for the honored student to show off with good natured quips and quotes in Latin. To this day at The College of William & Mary, the Lord Botetourt Medal is the top prize given to a graduating senior for scholarship.

By 1920 many American public high schools had adopted the practice of awarding honors, including valedictorian. Latin oratory gave way to the top GPA as the criterion for selecting the valedictorian.

Historical perspective complicates the measuring of scholarly performance. While high academic achievement is admired and coveted today, this was not always so in American colleges. The “Gentleman C” was the appropriate grade sought by socially prestigious students. An “A” was scorned as “poor form,” as documented in my 2019 book, “A History of American Higher Education.”

In the Yale yearbook of 1904, the senior class actually boasted of its low academic achievement, noting:

Yale students were by no means alone in their quest for mediocrity. In a custom still in place today at the United States Military Academy, each year the “Goat” award goes to the graduating senior who has the lowest grade point average. And at the United States Naval Academy, the honor of graduating “last in the class” is known as “The Anchor.” It is a deceptively difficult feat that requires doing as little as possible without flunking out.

Despite these curious instances of striving to be average or less than average, being selected as class valedictorian is generally considered to be good fortune by academically ambitious students.

For example, in 2010, Katie Washington, of Gary, Indiana, was celebrated for “making history as the first black valedictorian from the University of Notre Dame.” The then-21-year-old biology major had a minor in Catholic social teaching and an overall 4.0 GPA. Today, Katie Washington Cole is a psychiatrist in Chicago.

Being selected as class valedictorian, however, does not always bring a happy ending.

The Globe’s reporting shows how academic achievements usually have some connection with opportunities and privileges. Talent counts, but it coexists with non-merit factors of race, gender, income, connections and luck.

Some black or Hispanic students report being unfairly excluded from holding the valedictorian honor.

For instance, Jasmine Shepard, a black student from a school district in the Mississippi Delta, is suing the school district for forcing her to share the valedictorian honor with a white student in 2016. According to her lawsuit, the white student had a lower GPA. Similar cases were filed by black students in 2017 and 2011, although the 2011 case was ultimately dismissed.

In 2018, Jaisaan Lovett, the first black valedictorian at University Preparatory Charter School for Young Men in Rochester, New York, was denied the opportunity to give the valedictory address – a decision that may have stemmed from his history of protest at the school.

Earlier this year, Natalie Ramos, a graduating senior from Jesse Bethel High School in Vallejo, California, protested on social media when she was told she would have to share the valedictorian honor with nine other students. She was particularly upset because she was to be the first Latina valedictorian at her school. The school principal reversed the decision after GPA calculations had been “updated” and announced that Ramos would be the sole valedictorian.

The movement away from valedictorian poses a troubling dilemma for American education. Recognition is growing that singling out the student with the top GPA is not the best way to identify the best students. However, the valedictorian honor is beginning to disappear just as students from diverse backgrounds are becoming the first students of their background in their schools to win the honor.

Originally published on The Conversation as Long considered a high honor, the valedictorian tradition faces an uncertain future 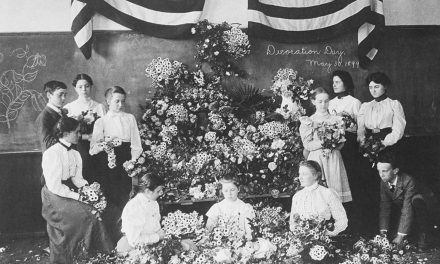 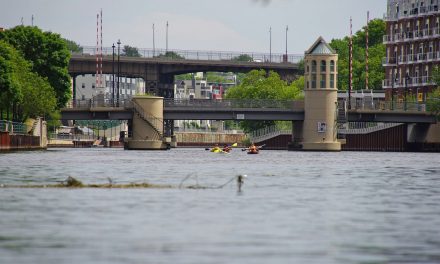 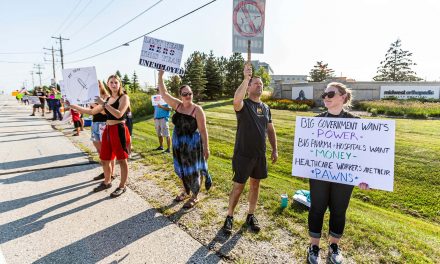 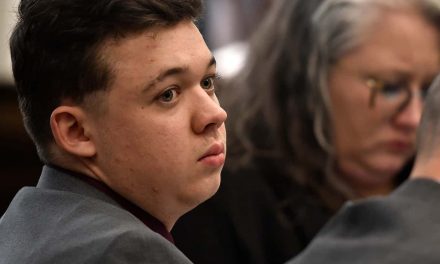