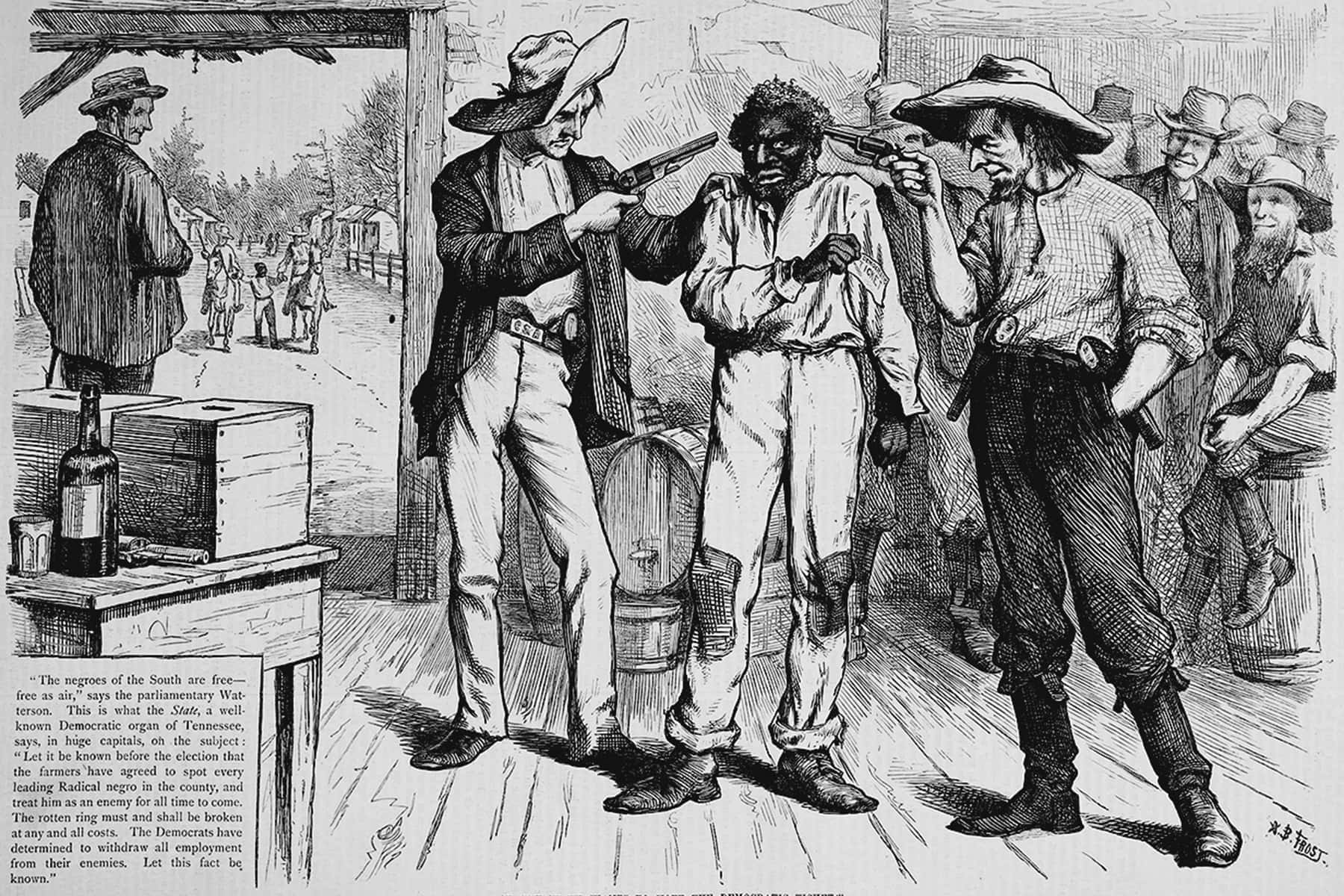 Even after segregation and Jim Crow voting laws came to a formal end in the south, modern politicians remained susceptible to the temptations of racist dog-whistles as a way of mustering the support of white voters and justifying the restriction of minority voting rights. Many southern states have persisted with segregation-era laws banning felons and ex-felons from voting – a restriction that disenfranchised an estimated 6 million voters in 2016, a vastly disproportionate number of them black men. The Republicans have been especially prone to such corruptions because they are now the natural ruling party in the south, and they have resorted to a similar playbook to the segregation-era Democrats: stoking resentment of northern elites and harking back to the “lost cause” of the civil war. They have also become increasingly insecure about their ability to win national elections. – Аndrеw Gumbеl

During the first presidential debate on September 29, Donald Trump was asked by moderator Chris Wallace if he would “urge” his followers to remain calm during a prolonged vote-counting period after the election, if the winner were unclear.

“I am urging my supporters to go into the polls and watch very carefully because that is what has to happen, I am urging them to do it,” Trump said. “I hope it’s going to be a fair election, and if it’s a fair election, I am 100 percent on board, but if I see tens of thousands of ballots being manipulated, I can’t go along with that.”

This was not the first time Trump has said he wants to recruit poll watchers to monitor the vote. And to some, the image of thousands of Trump supporters crowding into polling places to monitor voters looks like voter intimidation, a practice long used in the U.S. by political parties to suppress one side’s vote and affect an election’s outcome.

In the history of voter suppression in the United States – including attempts to stop Black and Latino people from voting – Republican tactics in the 1981 New Jersey gubernatorial race are worth highlighting. That incident sparked a court order – a “consent decree” – forbidding the GOP from using a variety of voter intimidation methods, including armed poll watchers.

The 2020 presidential election will be the first in nearly 40 years conducted without the protections afforded by that decree.

In November 1981, voters in several cities saw posters at polling places printed in bright red letters. “WARNING,” they read. “This area is being patrolled by the National Ballot Security Task Force.” And voters soon encountered the patrols themselves. About 200 were deployed statewide, many of them uniformed and carrying guns.

In Trenton, patrol members asked a Black voter for her registration card and turned her away when she didn’t produce it. Latino voters were similarly prevented from voting in Vineland, while in Newark some voters were physically chased from the polls by patrolmen, one of whom warned a poll worker not to stay at her post after dark. Similar scenes played out in at least two other cities, Camden and Atlantic City. Weeks later, after a recount, Republican Thomas Kean won the election by fewer than 1,800 votes.

Democrats, however, soon won a significant victory. With local civil rights activists, they discovered that the “ballot security” operation was a joint project of the state and national Republican committees. They filed suit in December 1981, charging Republicans with “efforts to intimidate, threaten and coerce duly qualified black and Hispanic voters.”

In November 1982, the case was settled when the Republican committees signed a federal consent decree – a court order applicable to activities anywhere in the United States – agreeing not to use race in selecting targets for ballot security activities and to refrain from deploying armed poll watchers. That order expired in 2018 after Democrats failed to convince a judge to renew it.

As a professor who teaches and writes about New Jersey history, I am alarmed by the expiration because I know that Republicans in 1981 relied not only on armed poll watchers but also on a history of white vigilantism and intimidation in the Garden State. These issues resonate today in the midst of the Black Lives Matter movement and continued GOP attempts to suppress the 2020 vote in numerous states.

Later, after he was revealed as the organizer of the National Ballot Security Task Force – and after The New York Times discovered that he had lied about graduating from Notre Dame and had been arrested for impersonating a police officer – Republicans distanced themselves from him.

In August 1981, under the guise of the National Ballot Security Task Force, Kelly sent about 200,000 letters marked “return to sender” to voters in heavily Black and Latino districts. Those whose letters were returned had their names added to a list of voters to be challenged at the polls on Election Day, a tactic known as voter caging.

In the Newark area, Kelly produced a list of 20,000 voters whom he deemed potentially fraudulent. He then hired local operatives to organize patrols, ostensibly to keep such fraud at bay. To run the Newark operation, he hired Anthony Imperiale.

Imperiale, in turn, hired off-duty police officers and employees of his private business, the Imperiale Security Police, to patrol voting sites in the city. The gun-toting, barrel-chested former Marine had first adopted the security role during Newark’s 1967 uprising – five days of protests and a deadly occupation of the city by police and the National Guard following the police beating of a Black cab driver. During the uprising, Imperiale organized patrols of his predominantly white neighborhood to keep “the riots” out.

Soon, Imperiale became a hero of white backlash politics. His opposition to police reform earned him widespread support from law enforcement. And his fight against Black housing development in Newark’s North Ward delighted many of his neighbors. By the end of the 1970s, Hollywood was making a movie based on his activities.

After serving as an independent in both houses of the state legislature, Imperiale became a Republican in 1979. Two years later, he campaigned with Kean. Once in office, the new governor named Imperiale director of a new one-man state Office of Community Safety – an appointment often interpreted as reward for Imperiale’s leadership of the ballot efforts in Newark, but stymied when Democrats refused to fund the position.

Despite Kean’s slim margin of victory, Democrats at the time were careful not to claim that Republican voter suppression efforts had decided the election. In 2016, the former Democratic candidate claimed they did indeed make the difference.

Rather, the state and national Democratic committees brought suit against the Republican National Committee to ensure it couldn’t again use such methods anywhere. For nearly 40 years – through amendments and challenges – the resulting consent decree helped curtail voter suppression tactics.

Since the decree’s expiration in 2018, Republicans have ramped up their recruitment of poll watchers for the 2020 presidential election. Last November, Trump campaign lawyer Justin Clark – calling the decree’s absence “a huge, huge, huge, huge deal” for the party – promised a larger, better-funded and “more aggressive” program of Election Day operations.

The Trump campaign is claiming, as Republicans did in 1981, that Democrats “will be up to their old dirty tricks” and has vowed to “cover every polling place in the country” with workers to ensure an honest election and reelect the president.

This November, Republican tactics in 1981 are worth remembering. They demonstrate that the safeguarding of polling places from supposedly fraudulent voters and of public places from Black bodies share not only a logic. They also share a history. 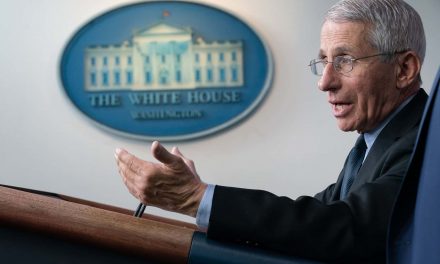 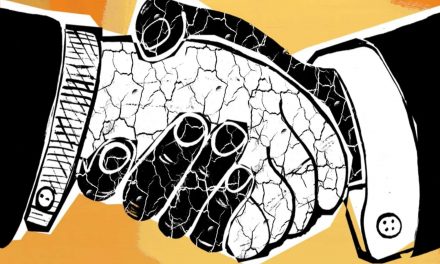 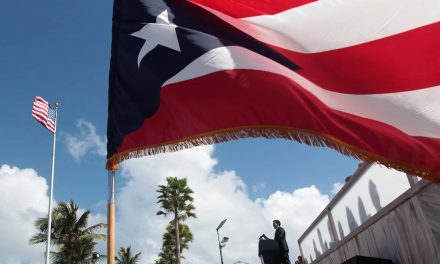 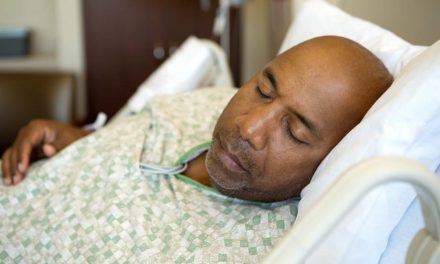