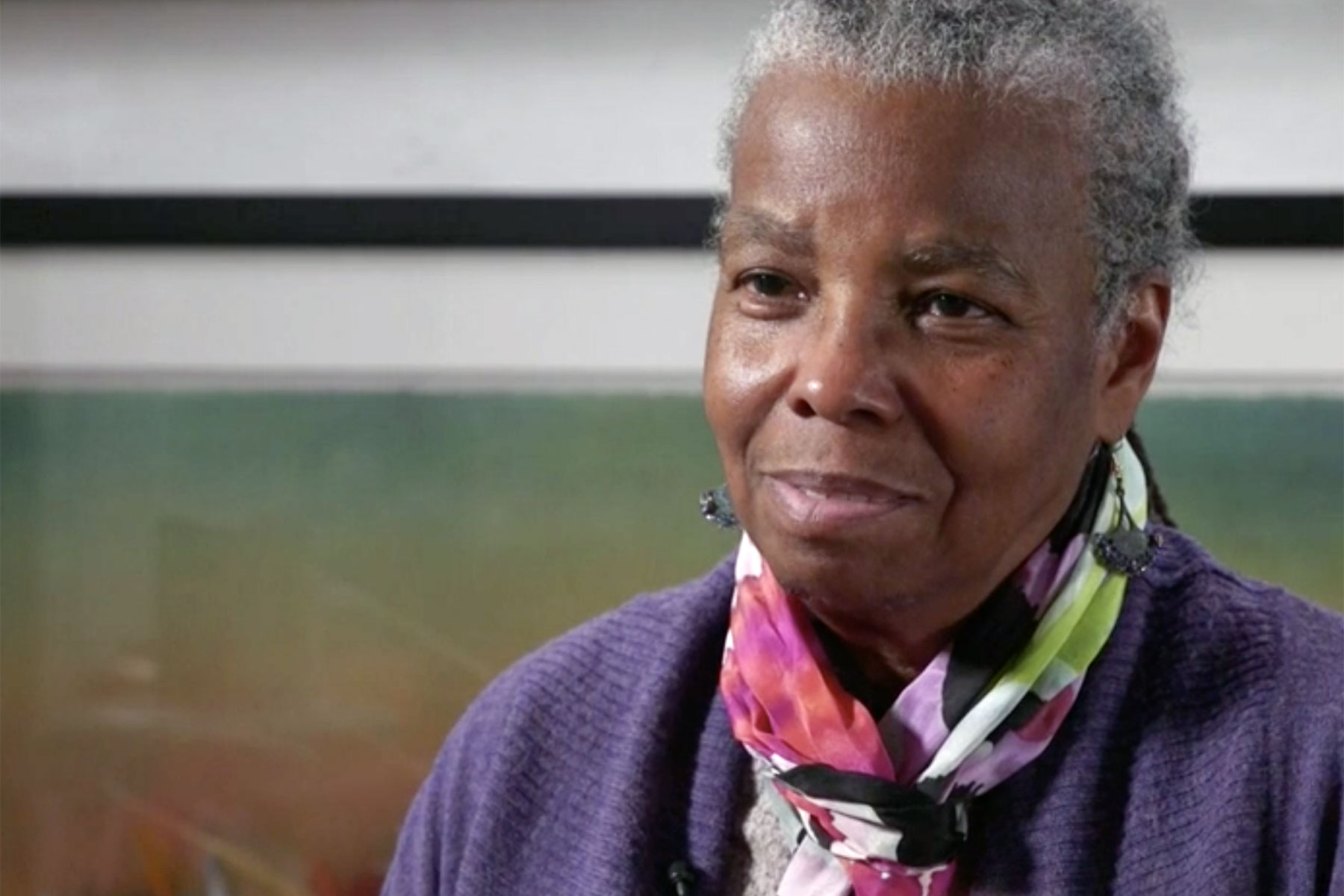 Enter Milwaukee’s Lindsay Heights Neighborhood on the near north side and you’ll find abandoned houses, vacant lots and sometimes the sound of gunfire and violence. This is also the neighborhood where Evelyn Patricia Terry grew up. She’s lived here most of her life.

The sign on her front door says it all, “Be nice or Leave!” Evelyn isn’t shy about putting visitors on notice and she is so excited about that sign, she wants one for her backdoor too. She just doesn’t want anybody coming up to the door and thinking they should come any farther.

In this inner city neighborhood, that motto comes with good reason. Inside her home is a gallery called the Terry McCormick Contemporary Fine and Folk Art Gallery. It’s named after herself and her former partner George Ray McCormick, Sr.

Despite the troubles outside her front door, Evelyn has stayed and fought to make her community stronger through her art. She describes one series of work coming from her love for a guy, however, he was in love with someone else. The artwork expresses that emotion in wild lines across the canvas, scribbled excitement and of being in love.

Evelyn says she was never encouraged to go into art. Instead her mother encouraged her to go into home economics. And she did but Evelyn couldn’t stand home economics. She says her sauces were lumpy and her soufflés were flat. “I cried all the time. Just on the way to school, I cried. Trying to go to UW-M. I cried. So, it was miserable,” Evelyn said.

The recipe for failure, or the first ingredient to success. One day Evelyn’s artwork caught a teacher’s eye. Evelyn recalls that moment, “So, she said, ‘I think you’re an artist and you might think about it.’ And I said, ‘My mother would kill me.’ And I said, ‘You can get a degree for drawing?’ And she said, ‘Yes, you can get a degree for drawing.’ And I was like, ‘Where is that?’” Evelyn’s path to drawing and painting began at the University of Wisconsin-Milwaukee. She says when she went into the art room, it was like heaven. Like the world opened up.

Evelyn recounts that story at a neighborhood gathering for Black History Month and recalls the fear of having to tell her parents she wanted to pursue art. Evelyn tells the story this way, “My father, he said, ‘You’re going to be a drug addict standing on the corner,’ and I said, ‘That’s not a prerequisite for any of my art classes.’”

Evelyn’s mother just kind of gave up and said “Whatever, it’s your life.” Despite her mother’s pessimism, art became Evelyn’s escape. “I could always make art and disappear into a realm that was separate from whatever was happening around me that was horrible. I could slip into that and be OK.”

Evelyn’s journey into the art world became eye-opening, in more ways than one.

She said, “When I was going to UW-Milwaukee, we never learned anything about African-American artists. I was trying really hard to be great because I thought I was the first African-American artist on earth. I mean that’s a big thinking.” It wasn’t until she had an assignment to go to the library and read about artists that she discovered she was not alone.

Evelyn said, “So, I was looking through all the art books in the library and they said ‘Negro Artists in America.’ I was like what? There are other artists that are black. I’m shocked.” That discovery motivated Evelyn and allowed her to dream of what she could achieve.

She remembers winning first prize in an art contest and along with the prestige came $1200.

Evelyn said, “Wow, this can pay off. That was exciting. My mother, she didn’t really understand abstract art. She said ‘Why would anybody pay for that? It’s nothing.’” And I said “I don’t know, but they do, so I’m going to keep doing them.”

I think my mother said to me, “You did it once, you can do it again.”

Four decades later, Evelyn’s artwork is showcased in more than 400 public, private and corporate collections around the world. Evelyn says she knew she wanted to be rich and wanted to be an artist but had no idea if those two things could ever match up.

In 2014, it all paid off when Evelyn was named Milwaukee Artist of the Year. Her in-home gallery is a testament to her success in that neighborhood challenged by a bad reputation and the zip code 53206. Despite the crime problems, after spending most of her life in the inner city when you ask Evelyn about her legacy here, she’ll give you a modest answer.

“I’ll think about it after today and see if there will be something I need on my tombstone. Evelyn lived here on 18th Street,” she said. Or maybe more appropriate, “Be nice or leave.”

These days Evelyn’s work focuses on repurposing her art into picture books. She designs the pages and writes all the copy like the book titled, “America: Guests Who Came To Dinner and Stayed.” In her own words, Evelyn’s message is lifted from the pages.

“America, land of opportunity, beckons and they came. Some were already here. Others slipped in. Some walked in. Some swam in. Some sailed in. Some flew in. Groups of people came after being forced to leave homelands, kidnapped or traded. Some came from concentration camps. Others immigrated, being tired and desiring a better life. Some fell in love and came. Some came for a better education. Some came seeking fame and fortune. Many came fleeing religious persecution. Some came after treacherous wars or political strife. Some came from prisons, but they came and are here. The reality is we are all here.” 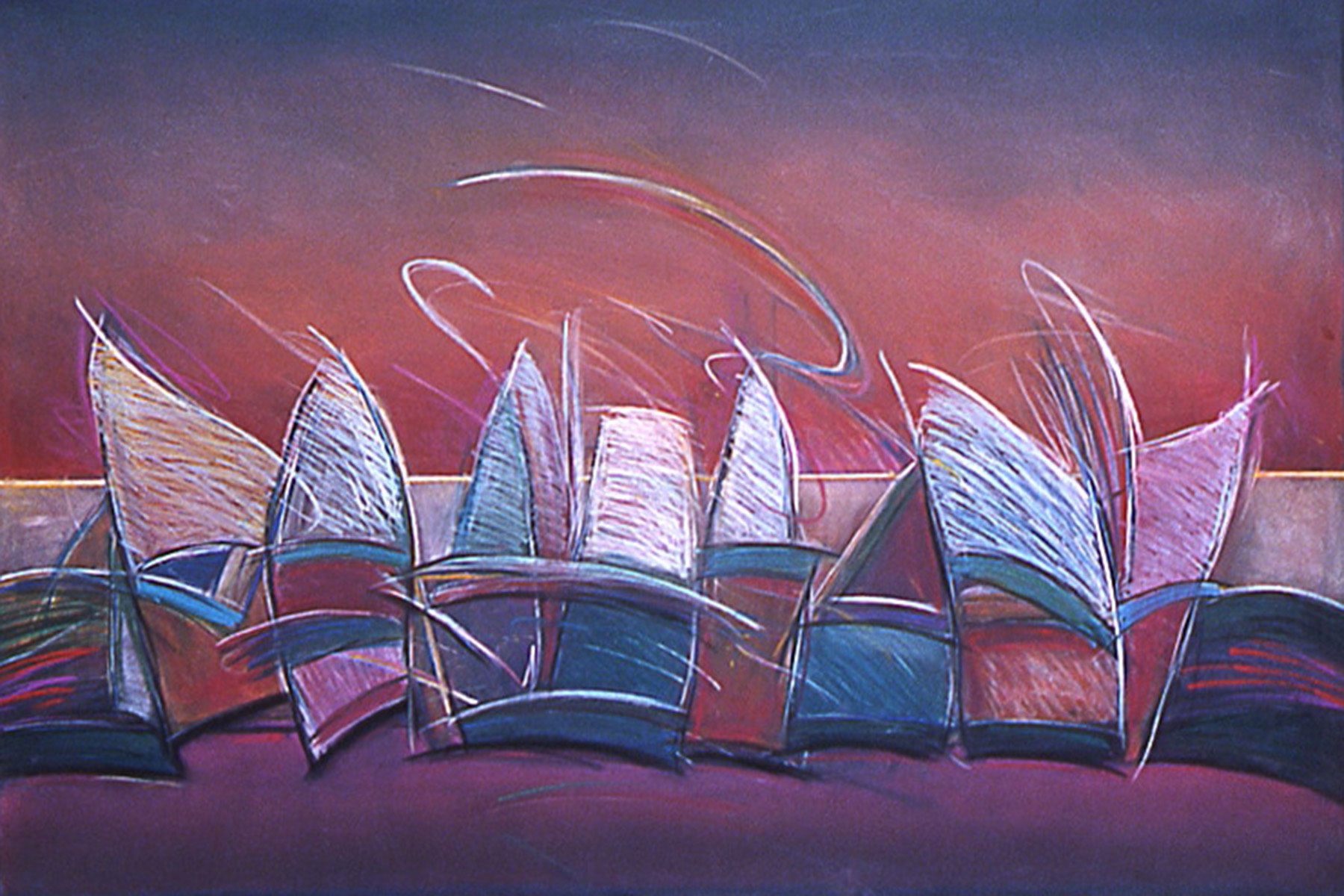 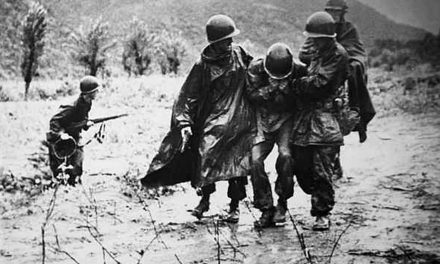 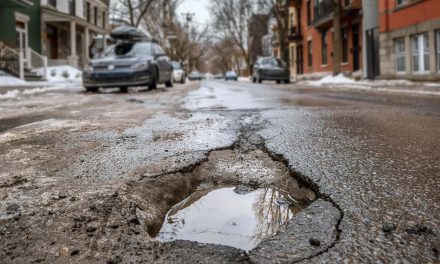 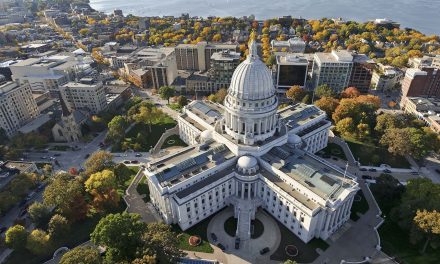 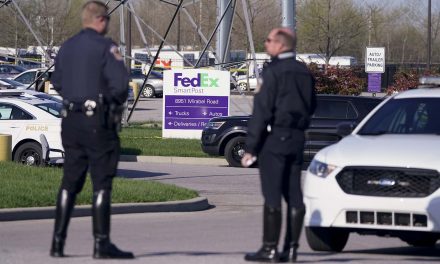