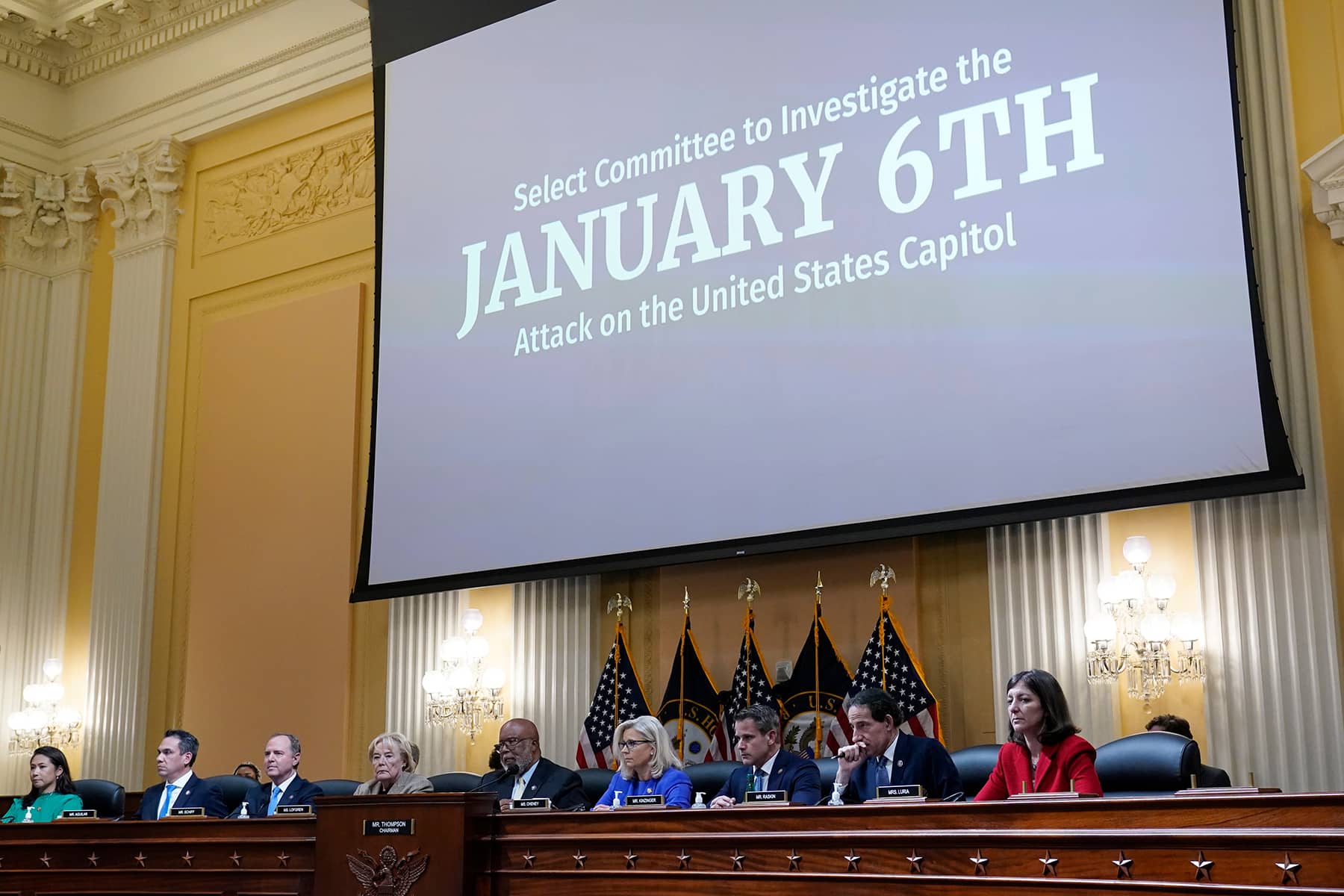 At the June 23rd hearing of the House Select Committee to Investigate the January 6th Attack on the U.S. Capitol, we heard overwhelming proof that former president Trump and his congressional supporters tried to overturn the will of the voters in the 2020 presidential election and steal control of our country to keep a minority in power.

Then on June 24, thanks to three justices nominated by Trump, the Supreme Court stripped a Constitutional right from the American people, a right we have enjoyed for almost 50 years, a right that is considered a fundamental human right in most liberal democracies, and a right they indicated they would protect because it was settled law.

Dobbs v. Jackson Women’s Health Organization decision overturned the 1973 Roe v. Wade decision that recognized a woman’s right to terminate a pregnancy. For the first time in our history, rather than conveying rights, the court has explicitly taken a constitutional right away from the American people.

These two extraordinary events are related. The current-day Republican Party has abandoned the idea of a democracy in which a majority of the people elect their government. Instead, its members have embraced minority rule.

The Dobbs decision marks the end of an era: the period in American history stretching from 1933 to 1981, the era in which the U.S. government worked to promote democracy. It tried to level the economic playing field between the rich and the poor by regulating business and working conditions. It provided a basic social safety net through programs like Social Security and Medicare and, later, through food and housing security programs. It promoted infrastructure like electricity and highways, and clean air and water, to try to maintain a basic standard of living for Americans. And it protected civil rights by using the Fourteenth Amendment, added to the U.S. Constitution in 1868, to stop states from denying their citizens the equal protection of the laws.

Now the Republicans are engaged in the process of dismantling that government. For forty years, the current Republican Party has worked to slash business regulations and the taxes that support social welfare programs, to privatize infrastructure projects, and to end the federal protection of civil rights by arguing for judicial “originalism” that claims to honor the original version of the Constitution rather than permitting the courts to protect rights through the Fourteenth Amendment.

But most Americans actually like the government to hold the economic and social playing field level. So, to win elections, Republicans since 1986 have suppressed votes, flooded the media with propaganda attacking those who like government action as dangerous socialists, gerrymandered congressional districts, abused the Senate filibuster to stop all Democratic legislation, and finally, when repeated losses in the popular vote made it clear their extremist ideology would never again command a majority, stacked the Supreme Court.

The focus of the originalists on the court has been to slash the federal government and make the states, once again, the centerpiece of our democratic system. That democracy belonged to the states was the argument of the southern Democrats before the Civil War, who insisted that the federal government could not legitimately intervene in state affairs. At the same time, though, state lawmakers limited the vote in their state, so “democracy” did not reflect the will of the majority. It reflected the interests of those few who could vote.

State governments, then, tended to protect the power of a few wealthy, white men, and to write laws reinforcing that power. Southern lawmakers defended human enslavement, for example, a system that concentrated wealth among a few white men. Challenged to defend their enslavement of their neighbors in a country that boasted “all men are created equal,” they argued that enslavement was secondary to the fact that voters had chosen to impose it.

The originalists on today’s Supreme Court have repeatedly emphasized that the states, rather than the federal government, should determine the laws under which we live. So, for example, in the Shinn v. Martinez Ramirez case decided on May 23, the court overturned a previous decision to say that two men on Arizona’s death row who had received ineffective legal assistance at their trials could not introduce new evidence at the federal level that would exonerate them. The decision said that such a review would “intrude on state sovereignty.”

By a vote of 6 to 3, the court overturned Roe v. Wade, arguing that the right to determine abortion rights must be returned “to the people’s elected representatives” at the state level, even as states are restricting the right to vote. Justice Samuel Alito, who wrote the majority opinion, claimed that the Constitution does not protect the right to abortion because it does not mention that right. While the court says it is willing to protect some rights not mentioned, they must be “deeply rooted in this Nation’s history and tradition” and “implicit in the concept of ordered liberty.” In a concurring decision, Justice Clarence Thomas suggested the court should also revisit the right to use birth control and to engage in gay relationships or marriage.

We are still waiting on another potentially explosive decision in West Virginia v. Environmental Protection Agency, in which the court will decide if Congress can delegate authority to government agencies as it has done since the 1930s. If the court says Congress can’t delegate authority, even if it waters that argument down, government regulation could become virtually impossible. Having taken the federal government’s power to protect civil rights, it would then have taken its power to regulate business.

And yet, just a day before on June 23, the court struck down a New York state law restricting the concealed carrying of guns on the grounds that history suggested such a restriction was unconstitutional. In fact, in both the Dobbs decision and the New York State Rifle & Pistol Association v. Bruen, the court used stunningly bad history, clearly just working to get to the modern-day position it wanted. Abortion was, in fact, deeply rooted in this nations history not only in the far past but also in the past 49 years, and individual gun rights were not part of our early history.

The court is imposing on the nation a so-called originalism that will return power to the states, leaving the door open for state lawmakers to get rid of business regulation and gut civil rights, but its originalism also leaves the door open for the federal government to impose laws on the states that are popular with Republicans. Already, the same day that the court handed down a decision striking down Roe v. Wade on the grounds that laws about abortion should come from the states, Republican politicians are calling for a federal law banning abortion everywhere.

In its imposition of minority rule first by insisting on state’s rights and then by demanding federal protection of laws it wants, the Republican Party is echoing the southern Democrats before the Civil War. Like today’s Republicans, as they lost support they entrenched themselves first in the machinery of the federal government and then in the Supreme Court.

And, finally, when northerners realized that enslavers had gamed the system to spread slavery across the nation, they came together from all different parties to protest and to stand against that attempt to destroy democracy and hand the country over to a few rich men. Ironically, that was the birth of the Republican Party that, under Abraham Lincoln, worked to create a government “of the people, by the people, [and] for the people.” 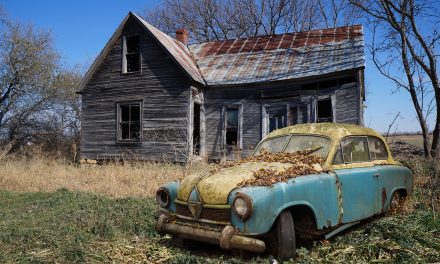 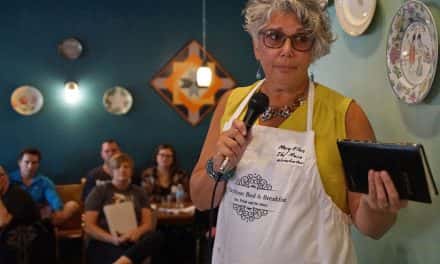 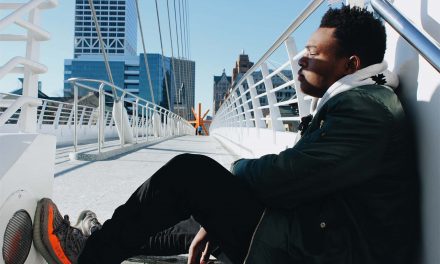 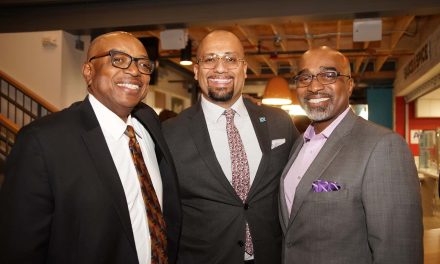